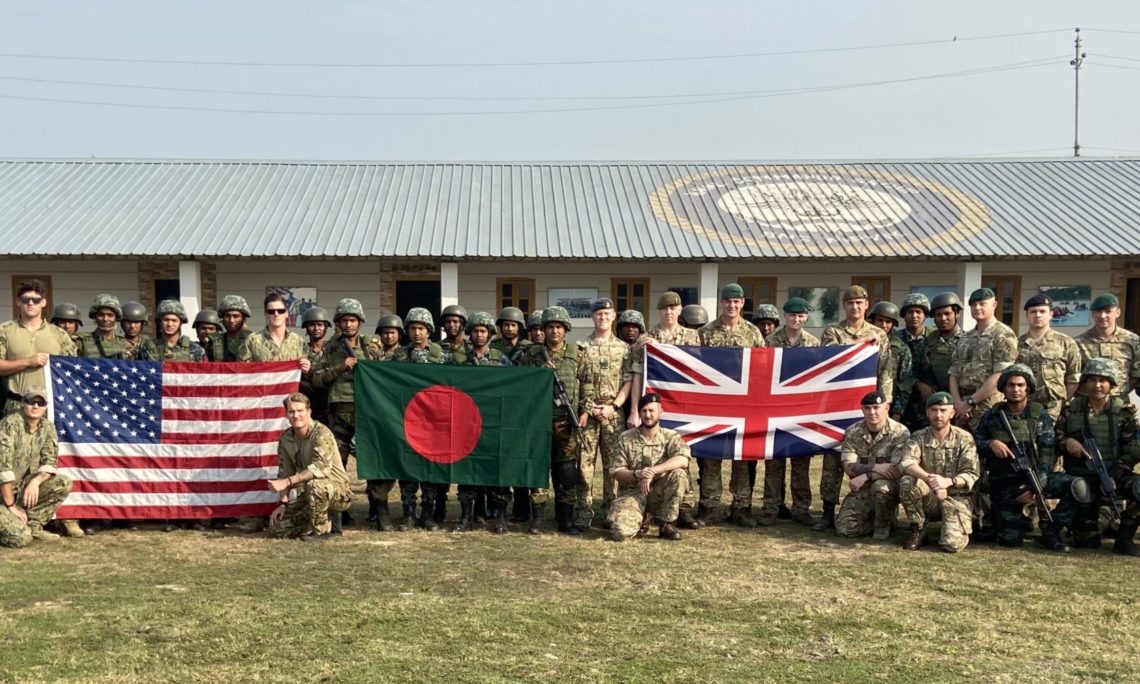 The first of its kind trilateral military exchange took place February 16 – March 12 aimed at improving joint interoperability in responding to security threats and crisis situations in the region through the exchange of techniques, ideas, and practices.

Speaking at Operation Monogram’s closing ceremony, Ambassador Miller said, “Continuing these cooperative efforts is critical in preventing and countering threats to include drug and human trafficking, piracy, and other challenges in the Indo-Pacific region.  The ideals of sovereignty, open economies that transcend borders, and adherence to the rule of law we aspire to uphold through our mutual security cooperation.”

During the four-week exchange, 40 participants from the Bangladesh Navy’s elite Special Warfare 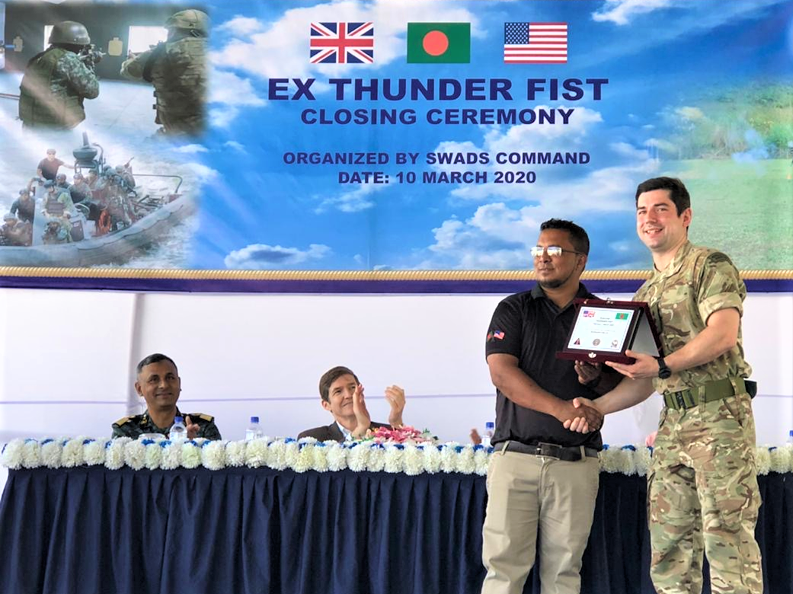 Diving and Salvage (SWADS) unit and 10 participants from the Bangladesh Army’s Special Forces 1st Para-Commando Brigade exchanged techniques, procedures, and best practices with U.S. and UK military members on small unit tactics and maritime tasks to increase interoperability among the three militaries.  Maritime exchange segments incorporated the use of the SWADS’ newly acquired Metal Shark boats, recently transferred from the United States to the Bangladesh Navy, ideal for operating in Bangladesh’s predominantly riverine and coastal 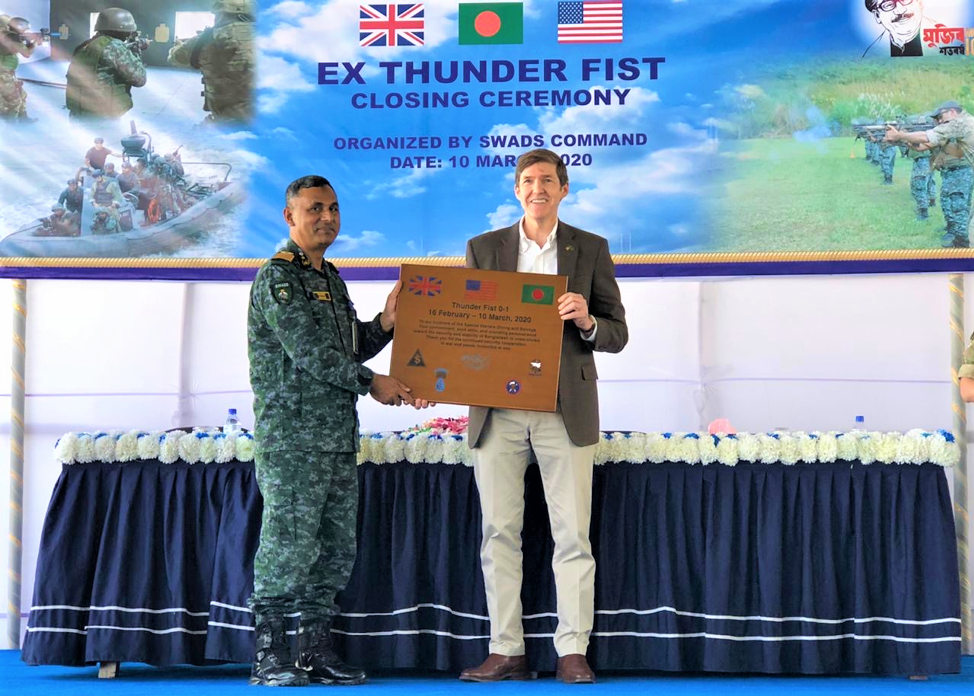 The military relationship among Bangladesh, the UK, and the United States is vital for the security and stability of the Bay of Bengal and a testament to our three great countries’ commitment to a free and open Indo-Pacific region.