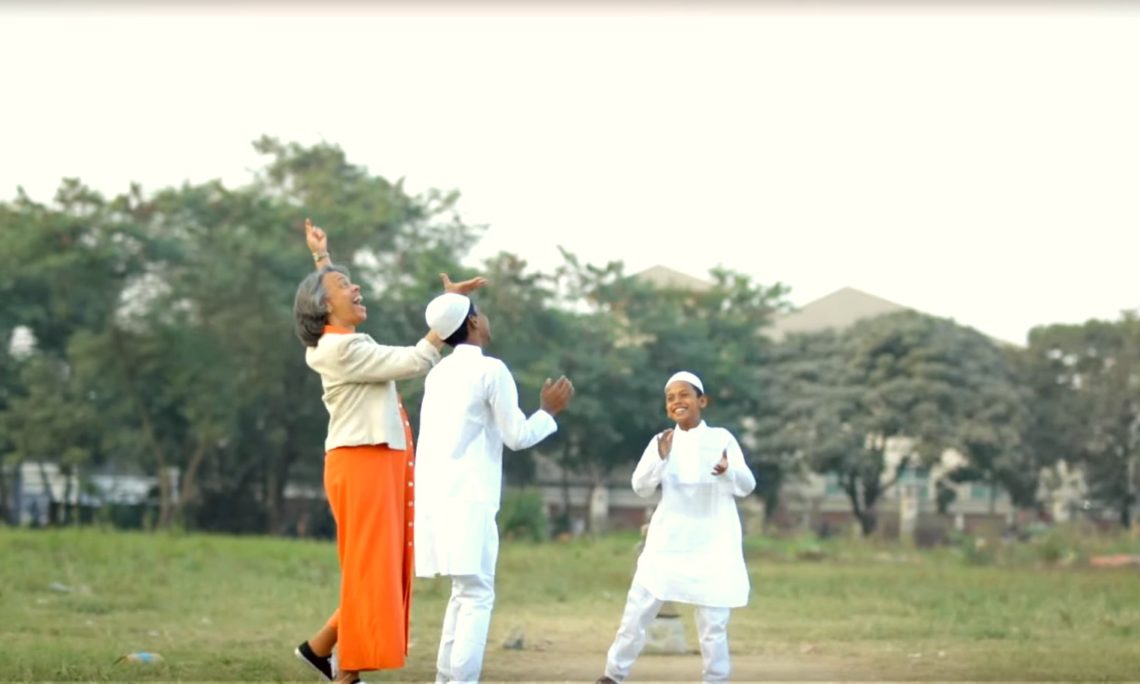 DHAKA, DECEMBER 29, 2016 – The U.S. Embassy in Bangladesh is releasing a music video Nache Ey Mon featuring U.S. Ambassador to Bangladesh Marcia Bernicat, singers Pritom Hasan and Tahsan, cricketer Mehedi Hasan Miraz and others on Saturday, December 31, 2016. The video filmed in and around Dhaka celebrates the embassy’s Facebook page gaining four million fans. A preview of the video will be launched on the popular Bangladeshi TV show Ittyadi on Friday, December 30, 2016, to be aired on state-run Bangladesh Television (BTV) following the Bangla news at 8 PM. Ambassador will share her thoughts on this great achievement for the Ittyadi audience.

The whole video will be shared on the U.S. Embassy Dhaka Facebook page on December 31, 2016.

“We wanted to say thank you to all our Facebook friends with a video that conveys the vitality of the U.S.-Bangladeshi friendship,” said Ambassador Bernicat. “We hope Bangladeshis enjoy watching it as much as we enjoyed filming it.”