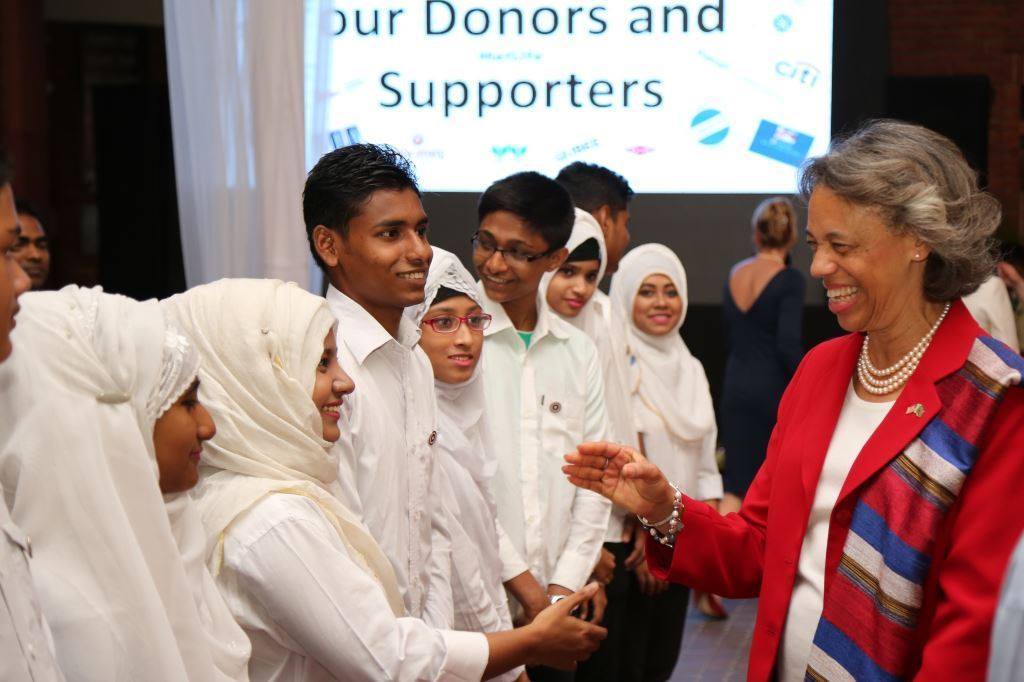 DHAKA, JUNE 2, 2016 – The U.S. Embassy Dhaka celebrated the United States’ Independence Day last night at a reception attended by more than 700 people. The Honorable Foreign Minister Abul Hassan Mahmud Ali graced the occasion as the Chief Guest. Political leaders, government officials, members of the business community and civil society, heads of foreign missions, and others attended the occasion. The theme of the celebration this year was “great rivers,” a natural resource that enriches both the United States and Bangladesh.

U.S. Ambassador Marcia Bernicat said in her remarks, “Both our countries are blessed to lay claim to some of the world’s legendary rivers. These rivers have sustained and inspired Americans and Bangladeshis for generations.” Ambassador Bernicat also emphasized the strong partnership between the United States and Bangladesh, adding, “As we all confront the enormous threats that must be overcome in the 21st century, from those posed by climate change to violent extremism, I firmly believe that we are better positioned to address these challenges successfully together, rather than apart.”

The program included the presentation of the colors by the U.S. Marines Guard, a dance performance by the Sadhona dance company, and music from the Blues Brothers, a Bangladeshi band.