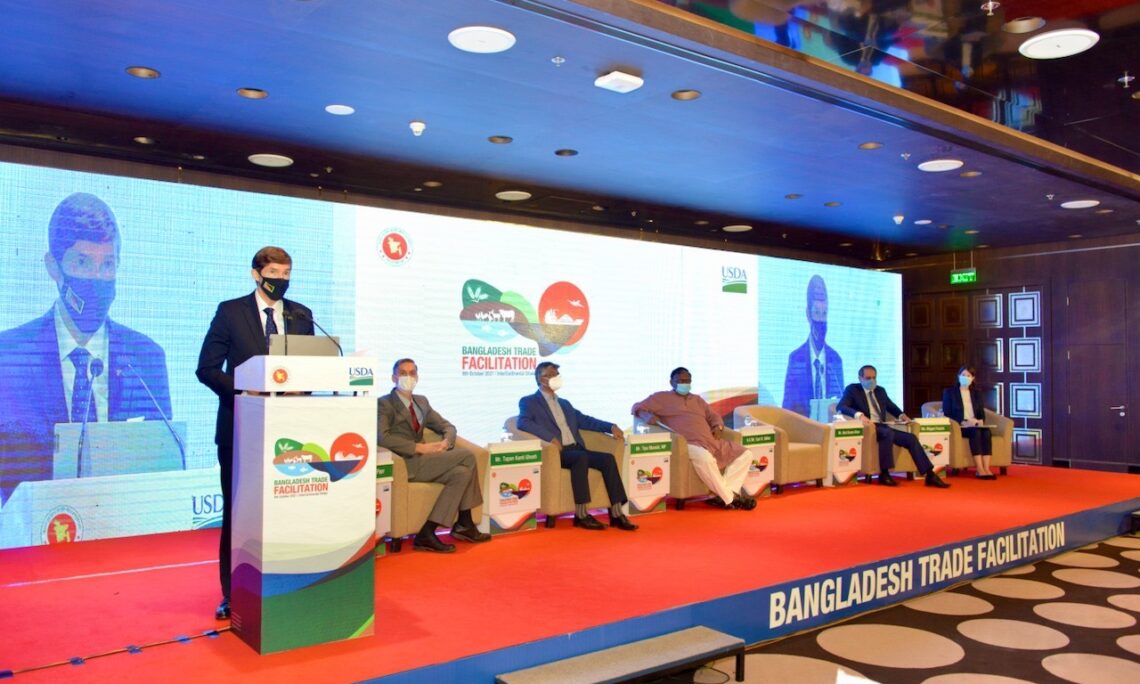 Minister Munshi attended the event as the Chief Guest, and he emphasized the government’s “commitment to ensure self-sufficiency in food production, supply safe and nutritious food as well as commercialize the agriculture sector, making it a profitable venture for poor farmers.”

Noting the investment from the American people, Ambassador Miller, in turn, confirmed the U.S. Government’s support for Bangladesh’s reform measures and promotion of a business-friendly trade environment.  “This project will facilitate and incentivize investment, construction, and the operation of new cold storage facilities to improve and expand on Bangladesh’s refrigerated logistics network,” Ambassador Miller said.

The Ministry of Commerce coordinates TFA implementation for the Government of Bangladesh, and Secretary Tapan Kanti Ghosh explained that the WTO Cell of the Ministry of Commerce would work closely with Land O’Lakes Venture37.  Mr. Tapan Kanti Ghosh stated that he expected the government’s trade agencies will also collaborate to implement the important WTO TFA measures and that the USDA project will help integrate systems to do so. He emphasized partnerships, saying, “I also expect that the project will focus on building partnerships between public and private sector and other development partners.”

The Bangladesh Trade Facilitation Project is a five-year initiative that will promote policy reform, and provide technical, logistical, and technological assistance to Government of Bangladesh agencies and agricultural and food industry stakeholders. The goal is to make importing and exporting agricultural products more efficient.  Each project activity addresses one or more WTO TFA measures and the objectives are aligned with the country’s Eighth Five-Year Plan, Promoting Prosperity and Fostering Inclusiveness.