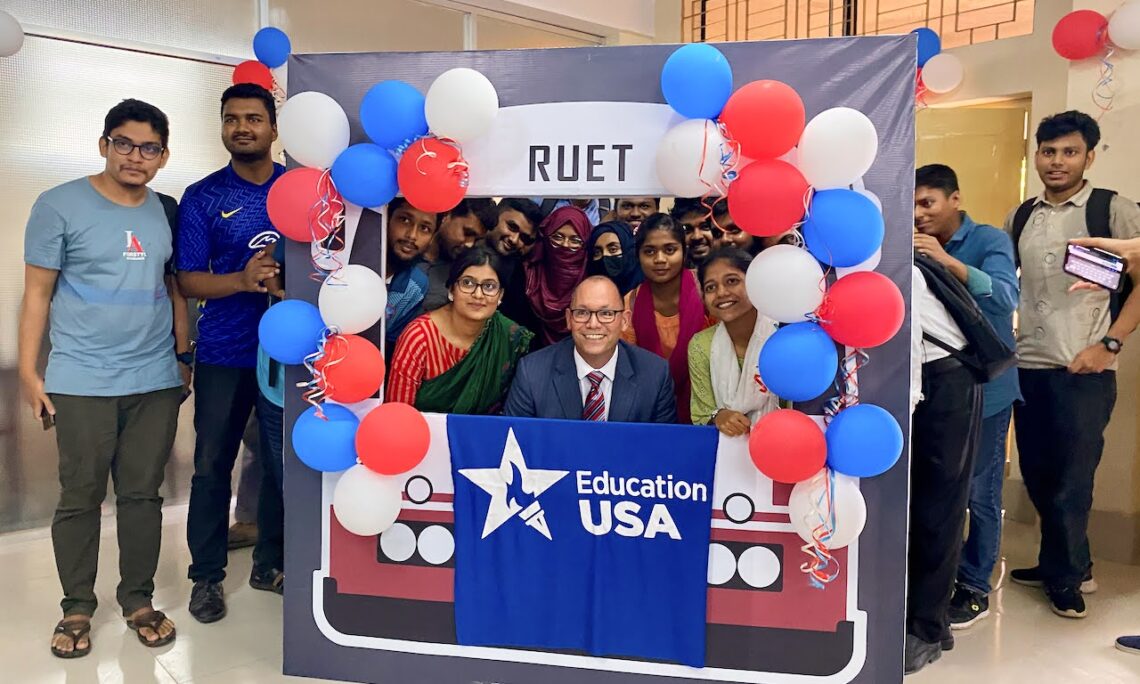 While in Rajshahi, Ambassador Haas and Mission Director Stevens attended in a USAID-funded “Fight Slavery and Trafficking in Persons” project event to celebrate the formation of a counter trafficking task force including special tribunal judges. Applauding the work of the judges and the prosecutors, Ambassador Haas said, “The establishment of these tribunals and task force reflects the Government of Bangladesh’s sincerity in punishing the perpetrators of human trafficking.”

The Ambassador visited the century-old Varendra Research Museum, which has received a total of $191,083 from the U.S. government for the conservation, restoration, and improvement of the museum’s interior, exterior, and display of artifacts. This is the first-ever Ambassador’s Fund for Cultural Preservation project supported in Bangladesh in which this year marks the 21st anniversary of this global initiative aimed at supporting countries around the world in preserving cultural heritage.

Ambassador Haas took the opportunity to meet Americans living and working in Rajshahi, and emphasized the role expatriates play in strengthening ties between the United States and Bangladesh. He further appreciated the security services provided by Bangladesh Police in Rajshahi.

Ambassador Haas thanked Rajshahi University of Engineering and Technology (RUET) for hosting the first-ever American center pop-up held in the division. The pop-up attracted over 500 visitors providing students and teachers from across the region with information and access to resources on U.S. Department of State-funded exchange programs and U.S. higher education advising services provided by EducationUSA. Ambassador Haas and Director Stevens also visited the American Corner in Rajshahi, housed at Varendra University, which is one of six American Spaces in the country. The Corner receives more than 1,000 visitors a month who come to learn about American culture and history, U.S. higher education opportunities, and U.S. government-funded academic and professional exchange programs. After participating in a tour of the space, Ambassador Haas met with a group of Rajshahi-based emerging and established civil society leaders including Department of State exchange program alumni. The alumni participated in programs focused on topics such as journalism, English language learning, civil society engagement, and countering trafficking against persons.

At the Radio Padma station, the Ambassador discussed 50 years of U.S.-Bangladesh people-to-people ties. He expressed appreciation for how community radio stations operate in Bangladesh and seek to provide rural communities with access to comprehensive and accurate information