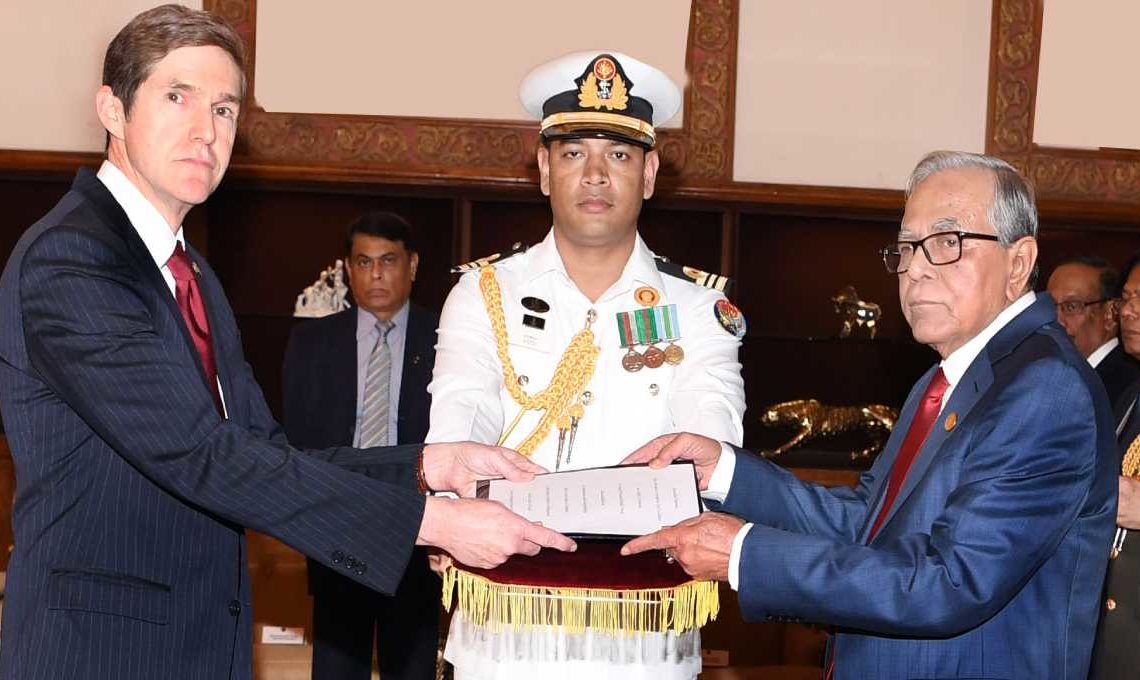 DHAKA, November 29, 2018 – Earl R. Miller, Ambassador of the United States of America to the People’s Republic of Bangladesh, presented his credentials to His Excellency President Md. Abdul Hamid at a ceremony in Dhaka on November 29, 2018.

Ambassador Miller emphasized that a strong U.S.-Bangladesh relationship is in the interests of the United States and the American people, Bangladesh and the Bangladeshi people, as well as the regional and global community.

Ambassador Miller was confirmed as U.S. Ambassador to the People’s Republic of Bangladesh by the U.S. Senate on October 11, 2018.