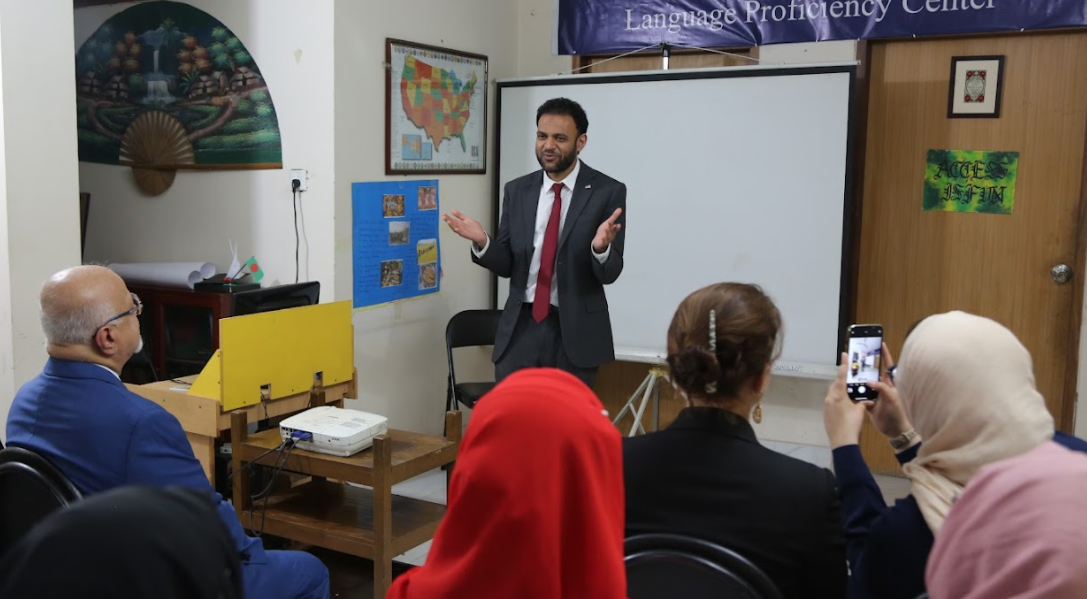 While in Cox’s Bazar, Ambassador Hussain visited Rohingya refugee camps to learn first-hand about the challenges Rohingya have faced since fleeing brutal violence and persecution in Burma and how the United States can support them.  The Ambassador’s trip to Cox’s Bazar follows Secretary Blinken’s determination in March that members of Burma’s military have committed crimes against humanity and genocide against Rohingya, and highlighted the United States’ unwavering support for Rohingya.

In Dhaka, Ambassador Hussain met with Bangladeshi senior government officials, including the State Minister for Foreign Affairs and the State Minister for Religious Affairs.  In his meetings, the Ambassador reiterated U.S. support for religious freedom and freedom of expression, and he expressed gratitude to Bangladesh for its generosity in hosting Rohingya refugees.  The Ambassador also encouraged Bangladeshi government officials to help Rohingya build better futures for themselves, including by providing broader access to education and additional resources to help them improve their livelihoods, and by protecting and promoting their human rights.

Ambassador Hussain also met with Bangladeshi civil society and youth and encouraged religious co-existence among members of different faith groups, as well as the protection of the rights of those who choose not to believe.  He praised the government’s quick condemnation last October of religiously motivated violence against Hindu communities.  The Ambassador also spoke about the importance of supporting and protecting those working to advance human rights, fostering interfaith dialogue and tolerance, and combating the efforts of those who seek to stoke division and incite violence.