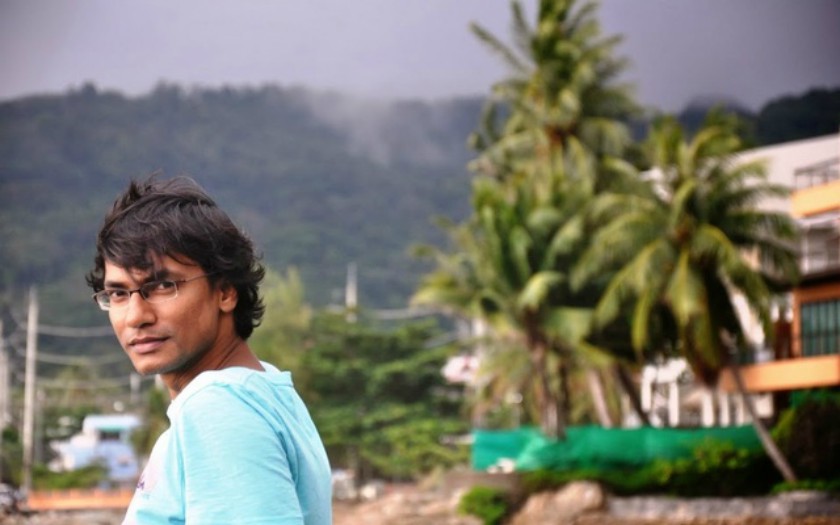 Selfless, loving, inspirational: these are some of the words friends use to describe Xulhaz Mannan, a dedicated colleague, loyal friend, and fierce champion of human rights who was brutally murdered in April 2016. He was not just my colleague; he was my friend and part of the U.S. Embassy family. Today, on the anniversary of his death, I’d like to share the tremendous impact he continues to have on all of us who were fortunate to know him.

Xulhaz lived a selfless life, working tirelessly to shape a society to be more diverse and inclusive. Whether at work, with friends, strangers or in the privacy of his own home, he put others before himself. Colleagues at the U.S. Department of State and the U.S. Agency for International Development regarded him with special affection. Even today, colleagues smile when they recall how Xulhaz worked for two years with a community organization without compensation, recognition, or expectation of reward. The value he placed on human relationships far outweighed that of money. In fact, he shared money willingly. Generous in spirit and in kind, Xulhaz exemplified true Bangladeshi hospitality and selflessness. When he died, tributes to his loving nature poured in from around the world. A theme emerged – he welcomed newcomers to Bangladesh arriving from all corners of the globe and took the time to introduce them to all that is wonderful about this country. We continue to hear from people whose lives he touched.

Xulhaz was also a loving person. He treated everyone with the highest amount of respect and love and showed great enthusiasm in all that he did. He loved not only his friends and colleagues, but the arts, flowers, and plants–so much so that he planted a banana tree in his basement! Xulhaz made those around him feel special without even saying a word. His actions, friendship, and almost never-ending smile instilled a sense of happiness and positivity that words alone can’t describe. Xulhaz loved life, just as he loved those around him and his country.

Despite threats and verbal abuse by those who did not know him, Xulhaz refused to leave the country he loved or abandon the society he had fought so hard to improve. Bangladesh was his home. Friends share that during the spring of 2016, Xulhaz felt empowered and determined to bring about the change he sought. That courage lives on. Today, he inspires us to fight for what is right whatever the odds or consequences.

I’d like to close with one last word to describe Xulhaz: family

Xulhaz is family. He was utterly devoted to his cherished mother, a friend and true confidant of his siblings, and a loving uncle to their children. As his other family, we at the U.S. Embassy in Dhaka recommit ourselves to continue his efforts – and our collective efforts – to uphold human rights and make sure each and every person has an equal opportunity to fulfill their full potential in life, regardless of race, gender, religion, ethnicity, sexual orientation, or personal beliefs. That is my goal, and I live every day of my life fighting for those I love: friends, colleagues, fellow citizens, and my family.

Note: Xulhaz Mannan worked at the U.S. Embassy in Dhaka, Bangladesh for nearly a decade. He was killed on April 25, 2016 by terrorists misguided by an ideology of hatred alien to both Islam and Bangladesh.