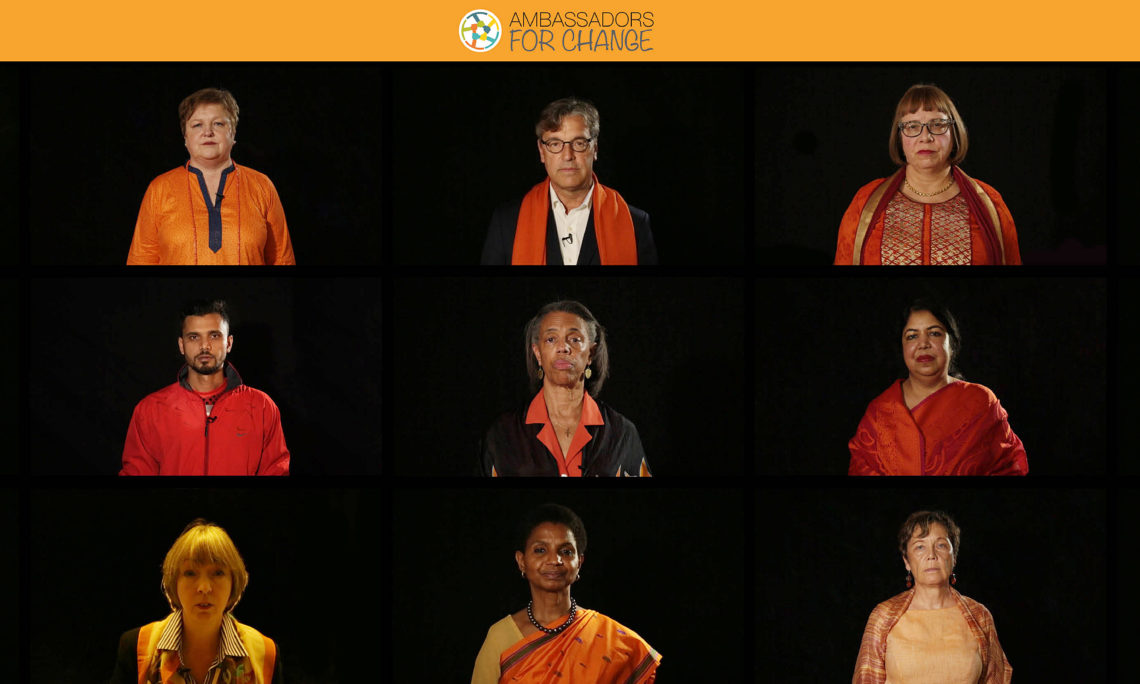 THE ECONOMIC IMPACT OF GENDER BASED VIOLENCE (GBV)

H.E. Leoni Margaretha Cuelenaere, Ambassador of the Kingdom of the Netherlands to Bangladesh

H.E. Marcia Bernicat, Ambassador of the United States to Bangladesh

No country can afford gender-based violence (GBV). In Bangladesh, the costs of GBV are estimated at 2.1 percent of the country’s GDP. Each day, violence stops a girl from going to school and prevents a woman from taking a job, compromising their future and the economic and social development of their communities. Survivors are left to deal with physical injuries and emotional scars, while social and legal services struggle to respond. Can Bangladesh continue its much-heralded progress toward middle-income status if its economy is robbed of the invaluable resource of half its population?

Achieving gender equality is a top priority for Prime Minister Sheikh Hasina. Bangladesh has made remarkable progress in improving the lives of women and girls. Primary and secondary schools enroll as many girls as boys. Maternal and infant mortality have declined dramatically, and women form the backbone of the country’s economic development. The readymade garment (RMG) industry, Bangladesh’s largest export sector, employs four million Bangladeshis, the majority of whom are women. The percentage of females in the sector is waning, however, and as this industry undertakes structural transformations, the role and place of women in the Bangladesh economy must become a priority for policies and programs. The creation and expansion of microfinance that prioritizes women entrepreneurs has increased female participation in economic activtities and is among Bangladesh’s most significant contributions to increased global prosperity.

Gender-based violence undermines this progress. More than 80 percent of currently-married Bangladeshi women are abused at least once during their lifetime, either by suffering physical, sexual, emotional or financial abuse, or controlling behavior. Approximately two-thirds of married women report having experienced violence by a spouse within the past year. Bangladesh’s high rate of child, early, and forced marriage puts millions of girls at increased risk for physical and sexual violence. Few victims report these incidents because they do not know their rights under Bangladeshi law or fear reprisal, stigma, or an unhelpful response from law enforcement. Fear of violence in the workplace or the street restricts women’s mobility and limits their opportunities to earn an income. Working women who experience violence at home lose income due to days off and may face costs to access services. Eliminating GBV promotes Bangladesh’s economic progress.

Ending GBV is a simple matter of right and wrong; ensuring girls and women can live without fear of violence is a fundamental step in the pursuit of non-violence, not only for girls and women, but for boys and men as well. Stopping the cycle of violence requires raising awareness and engagement at all levels of society. Change can start with local initiatives.

One example is the SHOKHI project – financed by the Netherlands Embassy and implemented by a consortium of Bangladesh Legal Aid and Services Trust (BLAST), Bangladesh Women’s Health Coalition, Marie Stopes Bangladesh, and WE CAN Bangladesh – that trains women living in 15 Dhaka slums on ways to earn money for their families, linking them to potential employers through job fairs and referrals. Australia and the United Kingdom are supporting the World Food Program to develop livelihoods for vulnerable women in Cox’s Bazar district, where women’s self-help groups are starting bank accounts with savings contributed by each participant and individual women can buy start-up assets and receive entrepreneurial training.

Changing the mindset and putting in place the economic fundamentals and necessary institutions to accelerate growth and reduce poverty, leaving no one behind, will be a key part of the formula to achieve middle income status. Improving the social status and rights of women and girls is a crucial part of this transformation. Each of us can take simple steps to accelerate this transformation by refusing to tolerate or excuse GBV and by offering help to those experiencing abuse. We, the Ambassadors for Change representing the governments of Australia, Brazil, Canada, Malaysia, the Netherlands, Norway, Sri Lanka, Sweden, the United Kingdom and the United States, as well as UN Women, the United Nations Population Fund, the United States Agency for International Development and the World Food Program, call upon each of you to stand with us, our Bangladeshi sisters and male allies to end gender-based violence once and for all!