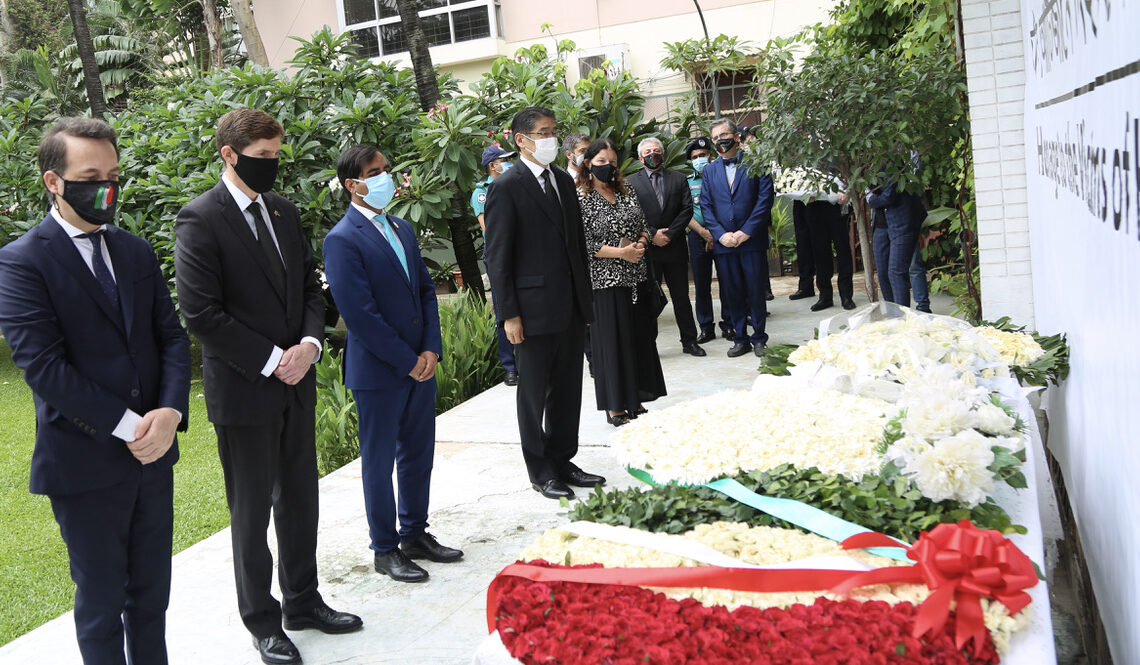 In commemoration of the fifth anniversary of the Holey Artisan Bakery attack on July 1, 2016, Ambassador Miller joined the Embassy of Japan in Bangladesh H.E. Naoki Ito, Embassy of Italy in Dhaka Ambassador Enrico Nunziata, and India in Bangladesh (High Commission of India, Dhaka) H.E. Vikram K Doraiswami in remembering and honoring those whose lives were tragically lost. We remember Abinta Kabir, a U.S.-Bangladeshi dual citizen and student at Emory University, as well as her Emory classmate Faraaz Hossain, who even when given the chance to save himself chose to remain with his friends. We also remember Tarishi Jain, a sophomore at Berkeley and graduate of the American International School in Dhaka who had returned for a summer internship in Dhaka. With deepest gratitude, we honor the courage of the two police officers who made the ultimate sacrifice and the 25 officers wounded.  On this solemn occasion, we reaffirm our commitment in our united effort to combat terrorism. May all those lost rest in peace.