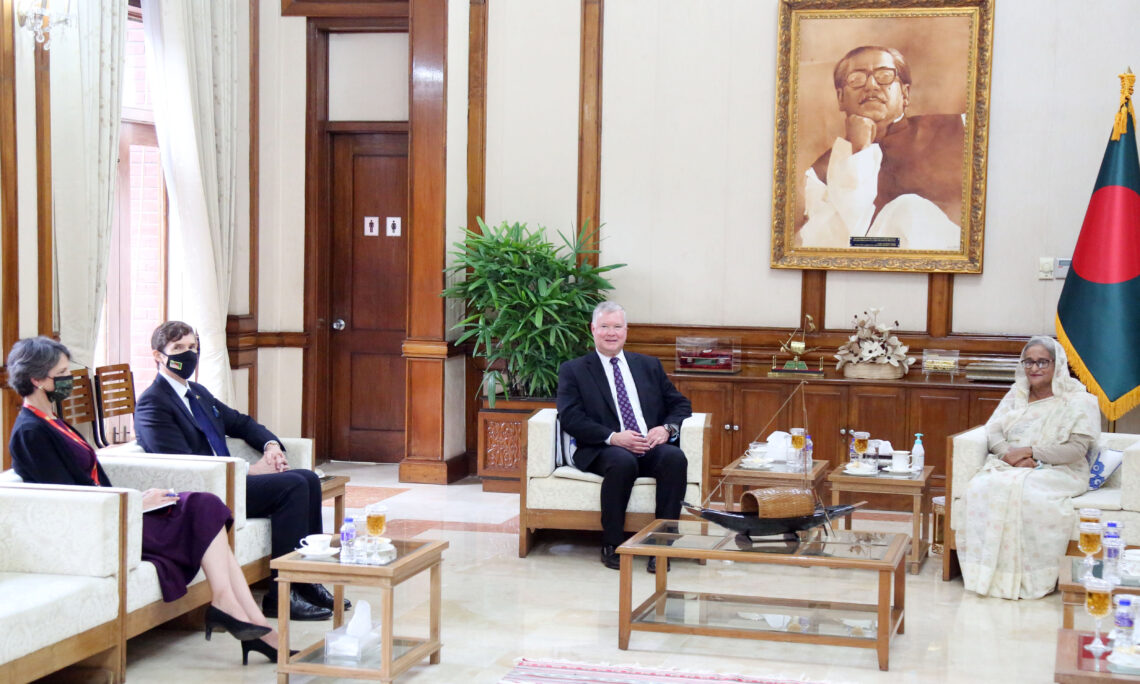 Office of the Spokesperson

During his October 14-16 trip to Dhaka, Bangladesh, Deputy Secretary of State Stephen E. Biegun met with senior Bangladesh government officials to advance the United States-Bangladesh partnership on a range of bilateral initiatives.

In his meetings with Prime Minister Sheikh Hasina, Foreign Minister Dr. A. K. Abdul Momen, and other senior Bangladeshi officials, Deputy Secretary Biegun discussed the United States’ steadfast support for Bangladesh and our partnership to foster long-term economic stability and sustainable development. The Deputy Secretary highlighted U.S.-Bangladesh cooperation in public health and combatting COVID-19 and announced the upcoming delivery of 100 American-made manufactured ventilators. Deputy Secretary Biegun delivered two gas analyzers to Minister of Health and Family Welfare Zahid Maleque and State Minister of Information and Communication Technology Division Zunaid Ahmed Palak to expand the Government of Bangladesh’s capacity to certify and re-check the effectiveness of all ventilators in the country.

Throughout his visit, Deputy Secretary Biegun emphasized our common vision of a free, open, inclusive, peaceful, and secure Indo-Pacific region, with shared prosperity for all. The Deputy Secretary thanked the people and the government of Bangladesh for their continued generosity in hosting more than 860,000 Rohingya and discussed the need for a global response to achieve a more permanent solution.

Deputy Secretary Biegun and Foreign Minister Momen jointly announced the establishment of a new Government of Bangladesh consulate in Miami, Florida. The new consulate, Bangladesh’s third in the United States, exemplifies the expanding partnership, including growing commercial and people-to-people ties, between our two nations.