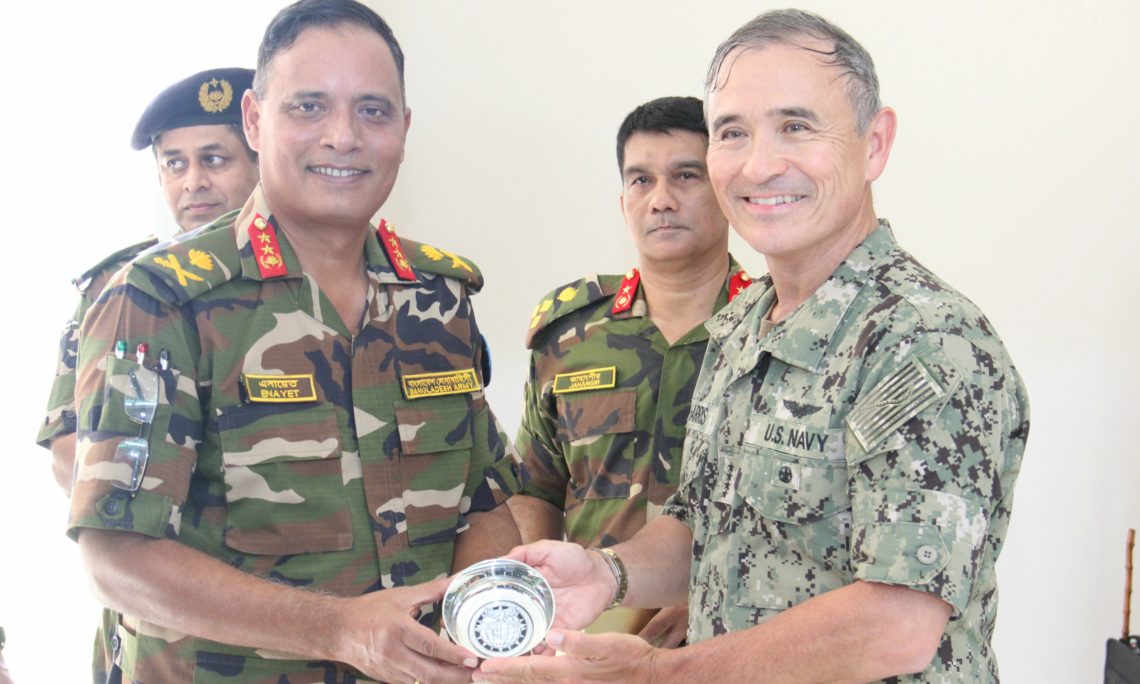 While in Bangladesh, Adm. Harris met with senior government and military officials to discuss a range of regional topics and attend the dedication of the new multipurpose training facility at the Bangladesh Institute for Peace Support Operations, or BIPSOT.

USPACOM’s area of responsibility encompasses about half the earth’s surface, stretching from the waters off the west coast of the U.S. to the western border of India, and from Antarctica to the North Pole.  USPACOM is one of six geographic Unified Combatant Commands of the U.S. Armed Forces.

Admiral Harris is the senior US military authority in the Indo-Asia-Pacific region and reports to the President of the United States through the Secretary of Defense. USPACOM is supported by four component commands:  U.S. Pacific Fleet, U.S. Pacific Air Forces, U.S. Army Pacific and U.S. Marine Corps Forces, Pacific.  These commands are headquartered in Hawai’i and have service members stationed and deployed throughout the region.