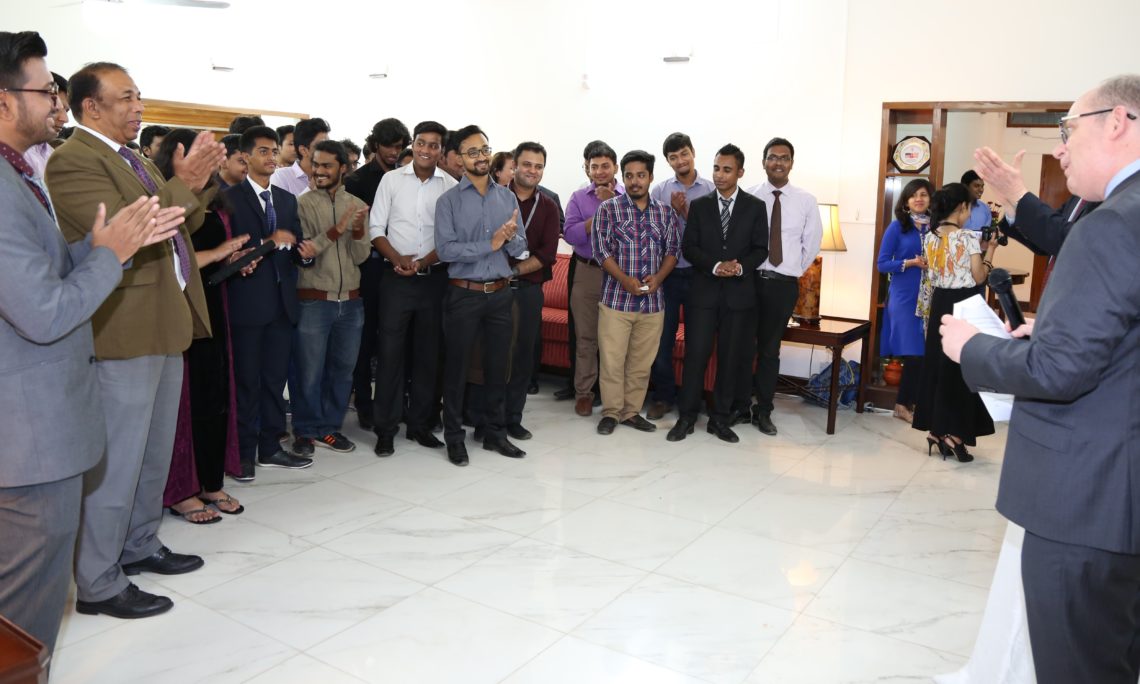 These teams attended their competitions in April and July.  With six teams, Bangladesh had the second highest number of competitors after the U.S. in the Mars Rover Challenge.  The high school robotics team performed well and the Dhaka University team won the top prize in Peer 2 Peer social media competition.  During the reception, the STEM students and their faculty advisers met U.S. Embassy officials and exchanged their experiences in the U.S.A.

Chargé d’Affairs Joel Reifman greeted the participants and said, “It is more important than ever for youth to be equipped with the knowledge and skills to solve tough problems, gather and evaluate evidence, and make sense of information in all its forms.  These are the types of skills that students learn by studying science, technology, engineering, and math (STEM).  All students should see STEM education as springboards for their careers.”

In the U.S., STEM degree holders have higher incomes, even for those working in non-STEM careers.  STEM workers play a key role in the sustainable growth and stability of the U.S. economy, and are a critical component to helping the U.S. meet the future. Currently there are more than 6500 Bangladeshi students in the U.S. higher education system.

Video from the event.