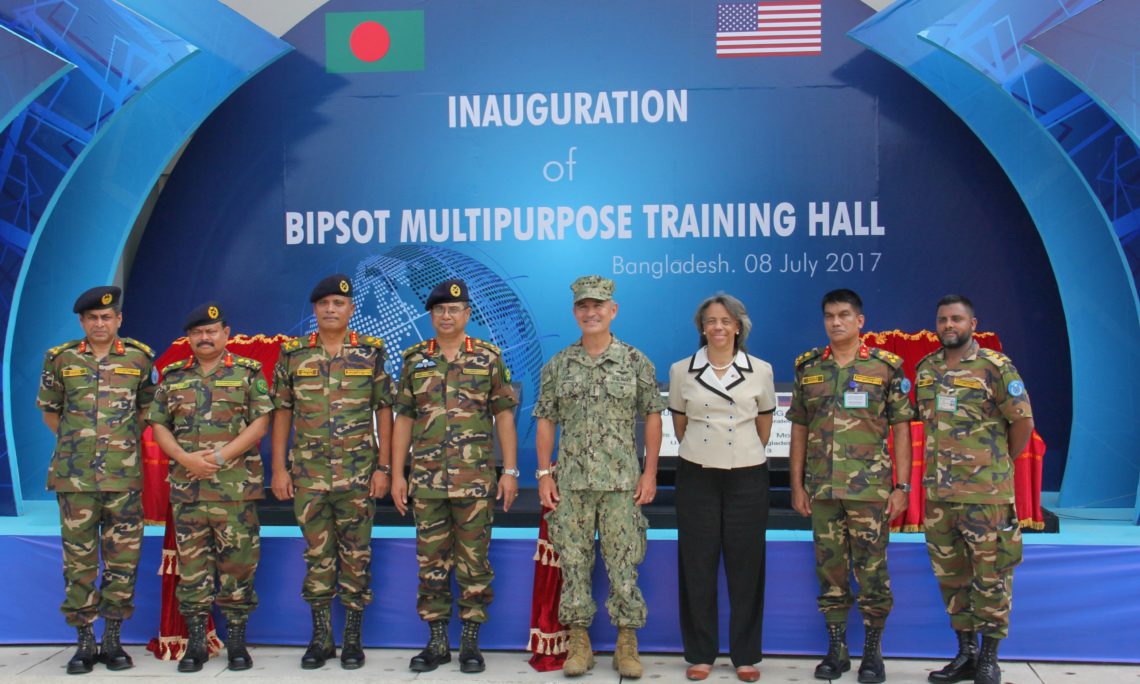 The BIPSOT will be the site for the Bangladesh Army and USPACOM co-sponsored Multinational Peacekeeping Exercise Shanti-Doot 4, scheduled to begin late February into early March of next year. The exercise is designed to increase participants’ interoperability and peacekeeping skills prior to deployment of UN missions.

2018 marks the 30th anniversary of Bangladesh’s entry into UN Peacekeeping and Bangladesh is currently the fourth highest contributing nation with more than 6,900 troops and police serving in 13 UN peace keeping operations.