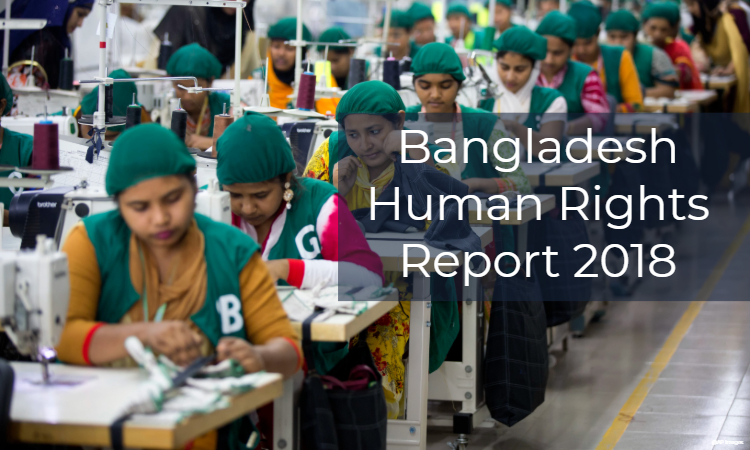 Bangladesh’s constitution provides for a parliamentary form of government, but in fact, most power resides in the Office of the Prime Minister. Prime Minister Sheikh Hasina and her Awami League party won a third consecutive five-year term in an improbably lopsided December parliamentary election that was not considered free and fair, and was marred by reported irregularities, including ballot-box stuffing and intimidation of opposition polling agents and voters. During the campaign leading up to the election, there were credible reports of harassment, intimidation, arbitrary arrests, and violence that made it difficult for many opposition candidates and their supporters to meet, hold rallies, and campaign freely. International election monitors were not issued accreditation and visas within the timeframe necessary to conduct a credible international monitoring mission, and only seven of the 22 Election Working Group NGOs were approved to conduct domestic election observation.

Human rights issues included unlawful or arbitrary killings; forced disappearance; torture; arbitrary or unlawful detentions by the government or on its behalf; harsh and life-threatening prison conditions; political prisoners; arbitrary or unlawful interference with privacy; censorship, site blocking, and criminal libel; substantial interference with the rights of peaceful assembly and freedom of association, such as overly restrictive nongovernmental organizations (NGO) laws and restrictions on the activities of NGOs; significant restrictions on freedom of movement; restrictions on political participation, where elections have not been found to be genuine, free, or fair; corruption; trafficking in persons; violence against lesbian, gay, bisexual, transgender and intersex (LGBTI) persons and criminalization of same-sex sexual activity; restrictions on independent trade unions, workers’ rights, and use of the worst forms of child labor.

There were reports of widespread impunity for security force abuses. The government took few measures to investigate and prosecute cases of abuse and killing by security forces.

The United Nations reported three allegations of sexual exploitation and abuse against peacekeepers from Bangladesh in 2017; the allegations remained pending.

Release of the 2018 Human Rights Reports