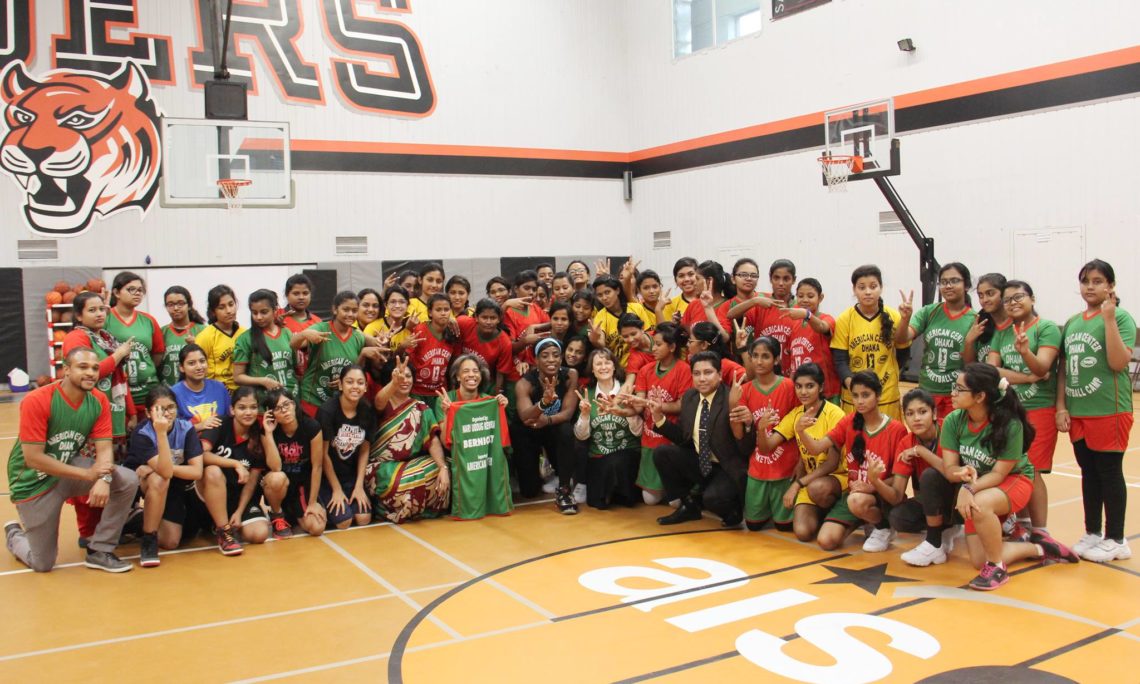 Ruthie Bolton is one of the most accomplished female athletes in the world. She is a two-time Olympic Gold Medalist, USA Female Basketball Player of the Year, Sports Illustrated Best Woman Athlete, and one of only four players to be named to the Women’s Basketball Hall of Fame Class of 2011.

U.S. Ambassador to Bangladesh Marcia Bernicat participated in the match and delivered remarks about the role of sports in empowering youth and women.