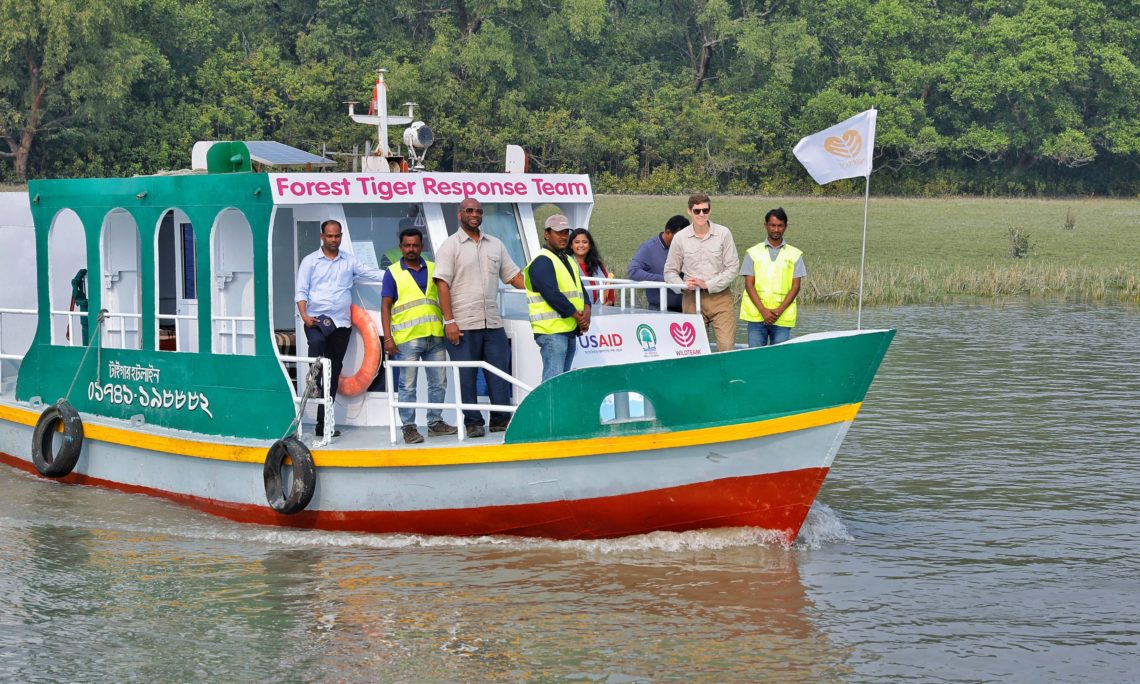 DHAKA, January 28, 2020 – Ambassador Earl Miller, accompanied by USAID Mission Director Derrick Brown, traveled to the Sundarbans from January 26-28, 2020, to support the growing partnership between the United States and Bangladesh.  Ahead of World Wetlands Day February 2, his visit to the world’s largest mangrove forest highlighted the importance of conserving the Sundarbans and its wildlife.  Healthy ecosystems and protection from natural disasters are critical to developing a resilient Bangladesh.

During the trip, Ambassador Miller met with Bangladesh Forest Department representatives at Harbaria and visited U.S. government supported conservation activities that contribute to the protection of the Sundarbans and its biodiversity.

Ambassador Miller also met with students from Daffodil University and representatives from the Bangladesh Forest Department to learn about their partnership and research in the Sundarbans.

He visited Kotka with a doctoral student from the University of Delaware whose tiger conservation research is funded by the U.S. Fish and Wildlife Service.  They also hiked part of the popular Kotka trail and learned about the role and impact of tourism in the Sundarbans.

On the final day of the visit, Ambassador Miller met with representatives of local civil society organization, WildTeam Limited, to learn how conservation activities have continued beyond USAID’s $10.5 million Bengal Tiger Conservation Activity (Bagh), completed in 2018.  On May 22, 2019, as result of USAID’s Bagh activity and its coordinated effort to conserve the Sundarbans, the Bangladesh Forest Department and USAID announced that the Bengal tiger population had stabilized and marginally increased, from an estimated 106 tigers in 2015 to an estimated 114 tigers in 2018.

Support for conservation initiatives has played a fundamental role in preserving green space and the valuable ecosystems and biodiversity in the United States important to increasing U.S. resilience.  Such efforts provide similar benefits to Bangladesh, strengthening its capacity to respond to natural disasters and protect ecosystems critical not only to Bangladesh but also the health of the planet.  The U.S. government is committed to continuing to support Bangladesh’s resilience to natural hazards and advancing U.S.-Bangladesh priorities.

World Wetlands Day highlights the important environmental protection role wetlands play throughout the world and emphasizes why wetlands are vital to promote conservation of these important ecosystems.  The Sundarbans is the world’s largest mangrove forest and an appropriate venue to showcase the importance of wetlands.  This important region provides a natural barrier to hazards such as storms and cyclones and is home to the Bengal tiger, masked finfoot, irrawaddy dolphin, saltwater crocodile, and many other endangered or vulnerable species.