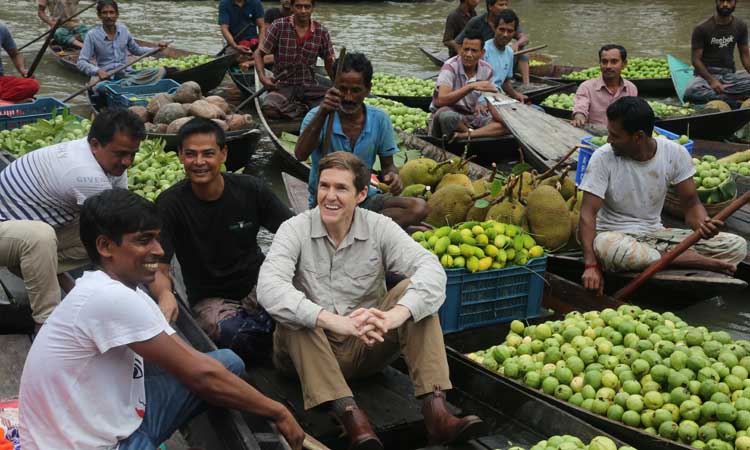 Ambassador Miller congratulated the Divisional Commissioner and Deputy Commissioner of Barishal District on commercial development in the region and expressed the United States’ desire to continue supporting these efforts as a key development partner of Bangladesh.  They discussed U.S.-Bangladeshi partnership addressing climate change and resilience, and natural disaster preparedness.

Ambassador Miller had the opportunity to experience some of the history of Barishal, visiting the Mia Bari Mosque, Oxford Mission Church, and Shanker Moth Temple.  Throughout his visit he spoke of the importance of religious freedom and intercommunal harmony and highlighted the United States’ second Ministerial to Advance Religious Freedom being held in Washington, DC July 16-18.

He visited several local schools and madrasas and encouraged students to consider joining the 7,500 Bangladeshi students studying and succeeding at universities in the United States.

Ambassador Miller met a group of Barishal alumni who participated in U.S exchange programs and discussed how their experiences have influenced their professional and academic lives and inspired them to give back to their communities.