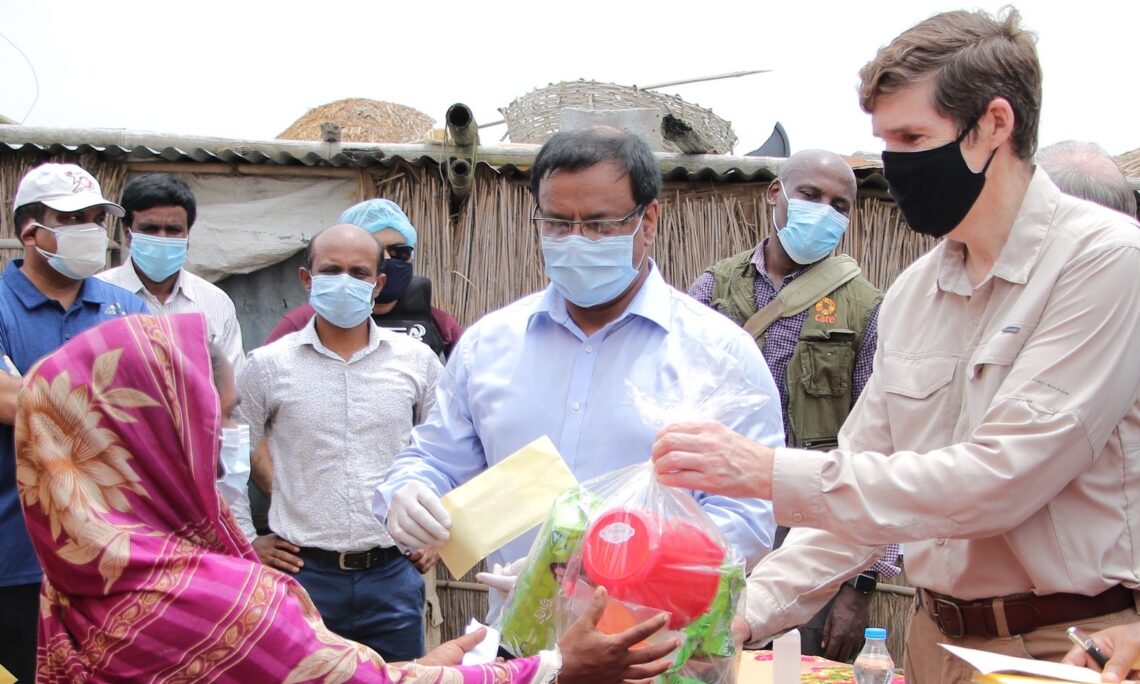 DHAKA August 8, 2020 – Today, United States Ambassador to Bangladesh Earl Miller visited Madhya Khatiamari village in Gaibandha district with Government of Bangladesh officials to observe U.S. assistance to those affected by the flooding.  Ambassador Miller spoke with families receiving emergency assistance provided through the U.S. Agency for International Development (USAID), including cash grants and emergency hygiene kits.  He was joined by local administration officials from Gaibandha district and Fulchari upazila, and representatives from CARE Bangladesh and SKS Foundation who are administering this emergency assistance program.

During a stop at a relief distribution site, Ambassador Miller, local officials, and NGO representatives visited a homestead raised on 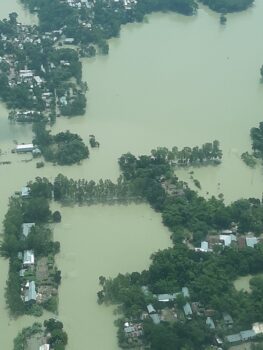 an earthen plinth, a platform built after the 2019 floods as part of USAID’s SHOUHARDO III program.  Over 1,500 homesteads including homes, livestock pens, and household gardens were raised above flood levels on such plinths last year.  Today, these homeowners’ properties were protected from the flooding, and the homeowners were able to take in neighboring families whose homes were flooded.

“The United States is proud to work with the Government of Bangladesh to help provide humanitarian assistance to those affected by the flooding,” said Ambassador Miller.

“This assistance is another example of the enduring ties between the United States and Bangladesh and our wonderful partnership with CARE and the SKS Foundation,” he added.

The U.S. government, through USAID, has provided more than $7 billion in development assistance to Bangladesh since 1971.  Additionally, to date, the U.S. government has contributed over $56.5 million from multiple agencies to support COVID-19 response efforts.  In 2019, USAID alone provided over $200 million to improve the lives of people in Bangladesh through programs that expand food security and economic opportunity, improve health and education, promote democratic institutions and practices, protect the environment, and increase resilience to climate change. 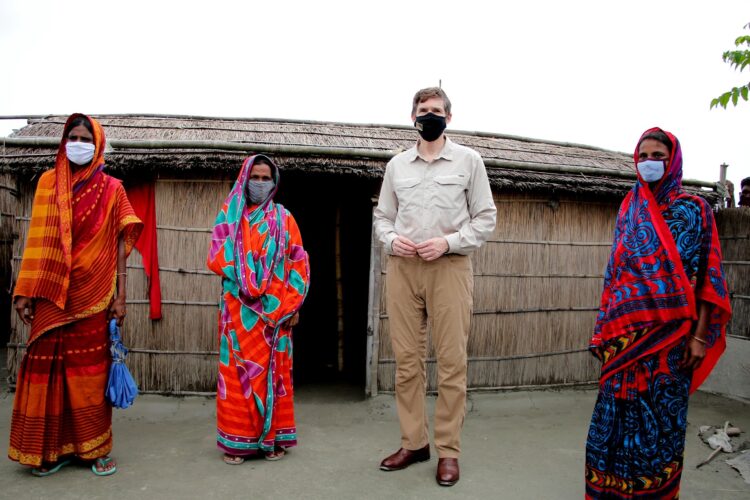