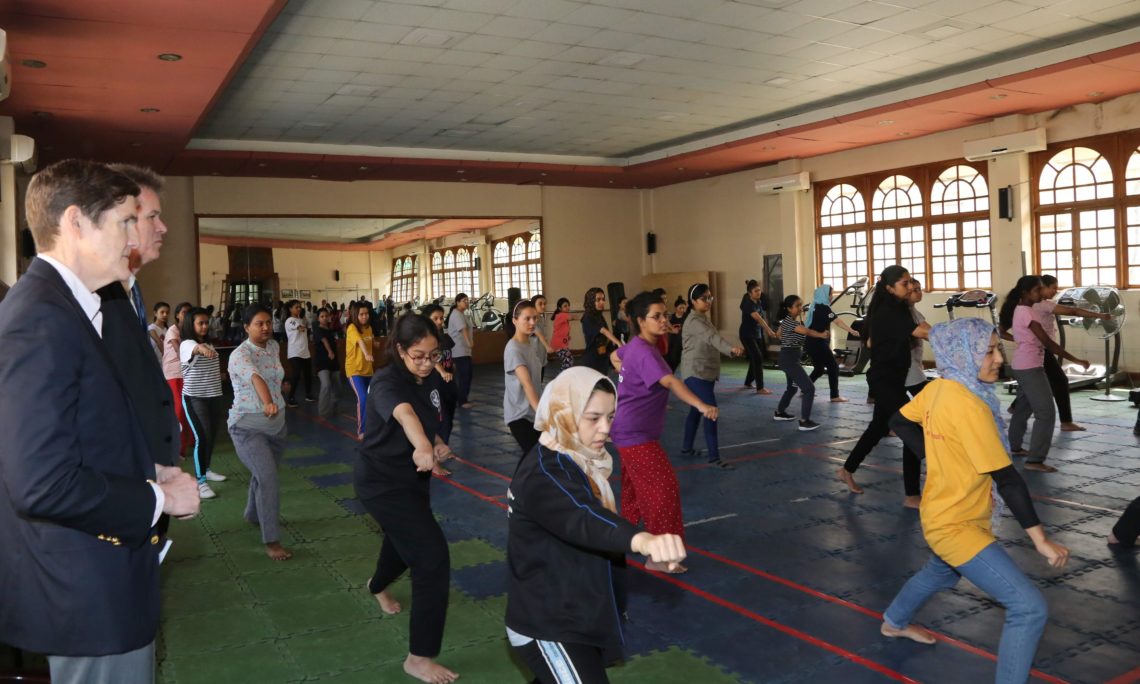 Ambassador Miller attended International Women’s Day events at the American Corner in Chattogram, the Asian University for Women, and the Amin Colony.  He also attended the closing ceremony of a U.S.-UK-Bangladesh military exchange promoting cooperation and understanding.

He also visited Asian University for Women (AUW) where he toured the campus, met with senior faculty, and had lunch with student government representatives and other student leaders.

AUW’s over 900 students come from 19 countries across Asia and the Middle East and demonstrate strong academic achievement, extracurricular commitment, and leadership potential.

Bangladesh.  The exchange, which took place from February 16 – March 12, 2020, enhances the relationship among the three military partners and promotes regional stability, vital for the security and stability of the Bay of Bengal and a testament to our three great countries’ commitment to a free and open Indo-Pacific region.

Ambassador Miller’s visit to Chattogram is one of the many initiatives of U.S. Embassy Dhaka to promote greater cooperation, dialogue, and mutual understanding between Bangladesh and the United States, encouraging a strong partnership and helping to ensure a free and open Indo-Pacific region.