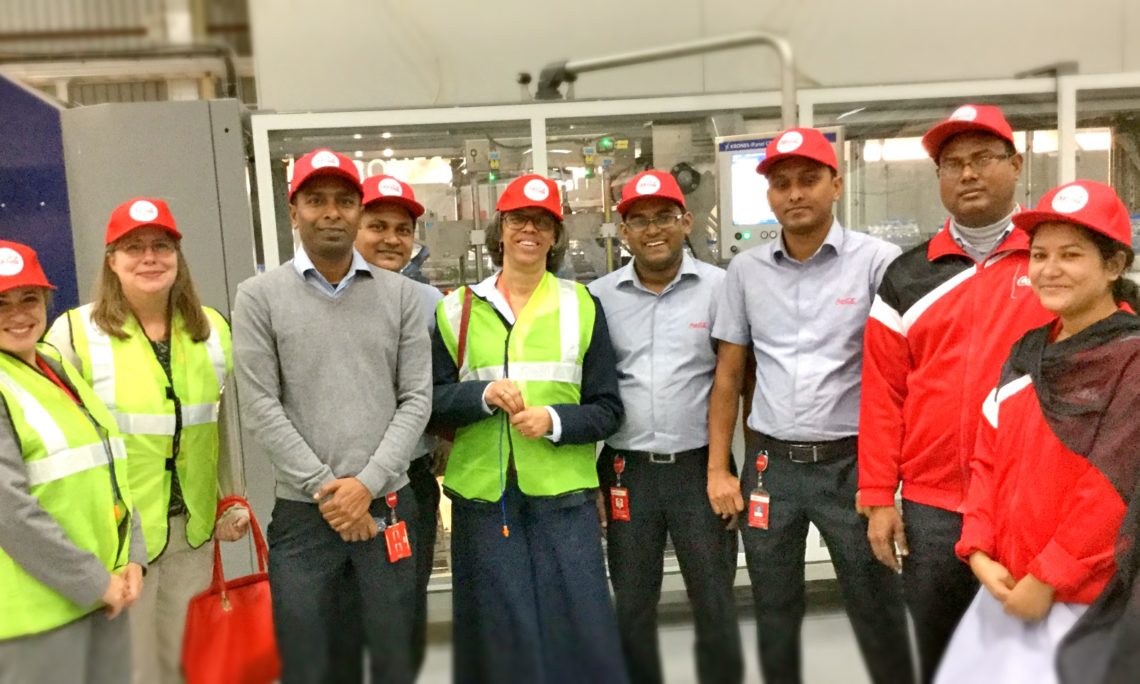 I am so proud to be here today for the opening of Coca-Cola’s new bottling plant. This is an achievement that I know Coca-Cola has been working hard towards since I arrived in Bangladesh. I would especially like to welcome and congratulate Coca-Cola Executives Irial Finan and John Murphy – I was fortunate to be able to meet with them yesterday and I am incredibly impressed by the work they have done to make this investment in Bangladesh a reality. Even more impressive are the young men and women Coca-Cola has included in the work force. I was very lucky to meet the designer of the plant and the woman in charge of quality control earlier.

I want to thank the Government of Bangladesh for supporting U.S. companies, such as Coca-Cola, to invest in Bangladesh’s future. Bangladesh is a country on the rise – millions of people here already enjoy middle-class comforts and millions more will rise out of poverty within the next five years as the country continues its steady economic growth. Coca-Cola has invested almost $75 million in the expansion of the Bangladeshi market, which has enormous potential. That’s a great vote of confidence in this country and its people. It is our mission at the U.S. Embassy to do everything we can to help the Government of Bangladesh and U.S. companies like Coca-Cola to continue to work together in support of Bangladesh’s bright economic future. The United States Government remains ready to facilitate those relationships, to both our countries’ benefit. We know that by working together the investment climate will continue to improve, which will ensure that more U.S. companies like Coca-Cola will make the wise decision to invest in Bangladesh.

It is clear that Coca-Cola’s plant is bringing great things to Bhaluka, not only because of the employment the plant has created, but also because Coca-Cola is a true model for corporate social responsibility. You, in the Coca-Cola family, are great neighbors and have aided in the development of the local community by doing such activities as donating supplies to two primary schools and building a ceiling for the library of a high school nearby. They have helped the environment through the International Coastal Clean-Up Day, by working hard to clean up St. Martin’s island right here in Bangladesh. Globally,Coca-Cola has made sustainability a key part of its development strategy, working to understand their water footprint and become water efficient in their manufacturing process.

But we have to remember that Corporate Social Responsibility is a two-way street, and for projects to be successful, everyone has to get involved. I am confident that Coca Cola has great plans for Bhaluka and I strongly encourage and expect the local community find ways to partner with them for the betterment of the entire area.

I am glad that an American company is bringing not only foreign direct investment to Bangladesh, but is also investing in the broader well-being of the country. This is a true win-win for both the United States and Bangladesh, and I look forward to more great things from Coca-Cola going forward in this dynamic shonar bangla.

*As Prepared for Delivery