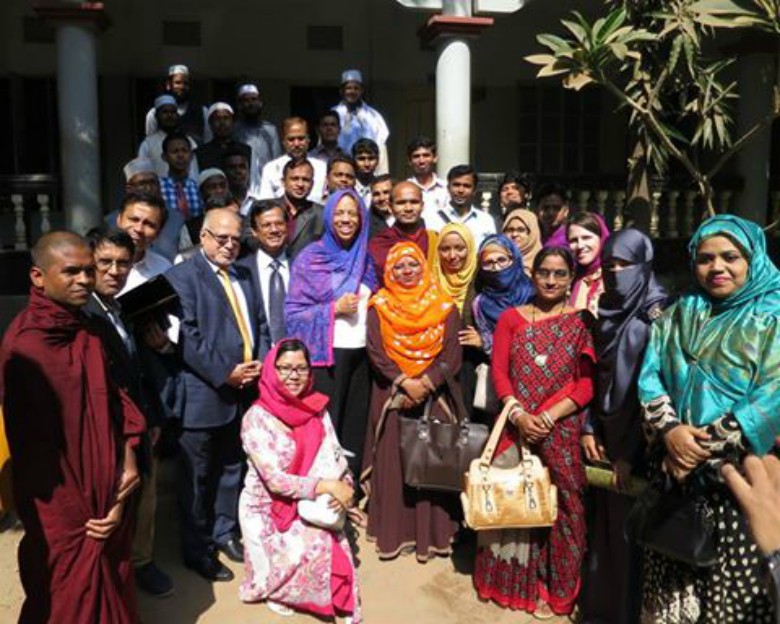 Ambassador Bernicat visited Cox’s Bazar from January 30-February 2, 2017. While there, she met with Rohingya at the Nayapara camp in Cox’s Bazar and also walked through Leda Makeshift Camp.

She loved the warm welcome she received at the Cox’s Bazar Model Women’s Kamil Madrasa. Ambassador spoke with students and teachers who participate in an Embassy-supported English language program.

Later at the Ramu Central Shima Bihar, she exchanged views on mutual harmony and tolerance.

Radio Naaf recorded a thirty minute interview with Ambassador Bernicat about her visit to Cox’s Bazar and the American English Radio Program.

On the last night of her visit, Ambassador gave a speech addressing the JAAGO National Youth Assembly 2017 on the role of youth in nation building.