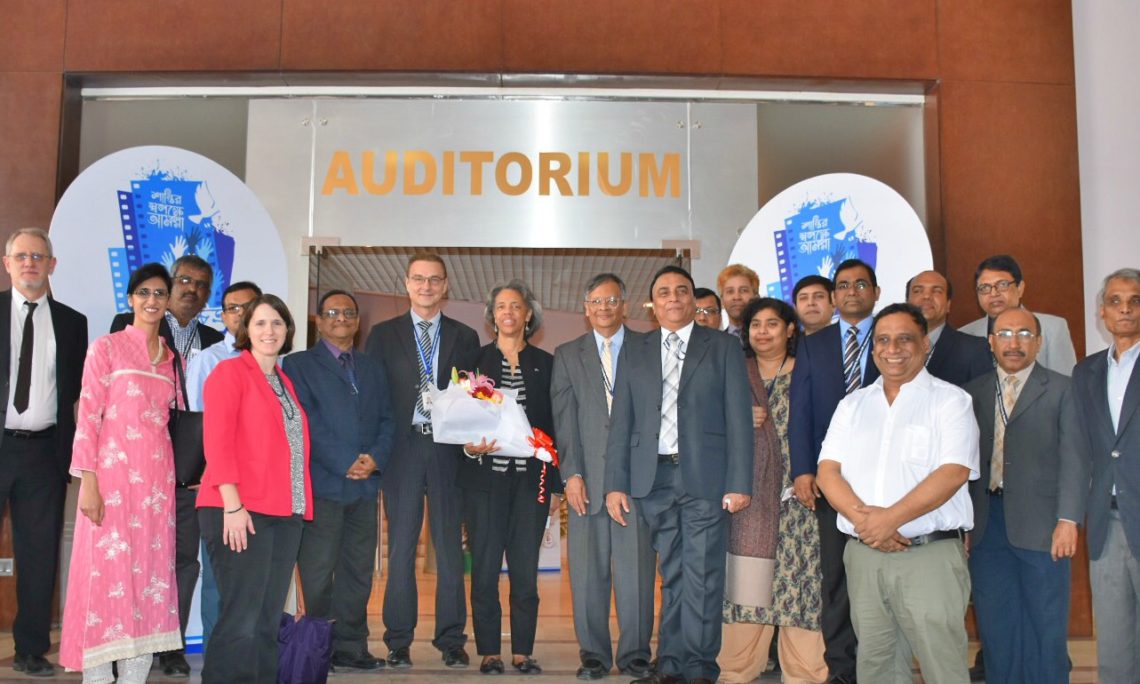 The State Department funded the third year of the “Filmmaking and Television Journalism for Peace and Tolerance in Bangladesh” project to address the growth of student radicalization by building linkages between public and private universities, faculty, professional journalists and filmmakers. Students from all facets of Bangladeshi society learned techniques to counter extremist ideologies and use communication to promote peace and tolerance while preserving their Bangla culture. The model combines film and television production and education, mentoring by leading journalists and filmmakers, and the dissemination of student work by broadcast, in an effort to enhance conflict resolution, countering violent extremism, and peace building.