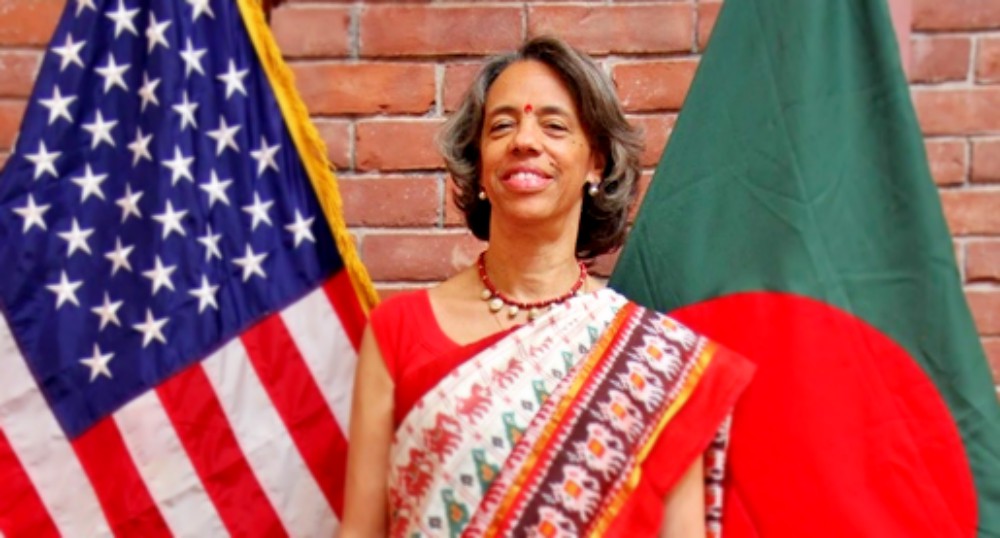 DHAKA, JANUARY 24, 2017 – U.S. Ambassador to Bangladesh Marcia Bernicat will take part in a Facebook chat about the U.S.-Bangladesh relationship on January 25, the second anniversary of her arrival in Bangladesh. The chat with Ambassador Bernicat will start at 3:30 p.m. and last for one hour.

“One of my favorite things about being Ambassador is the chance to speak with Bangladeshis from all walks of life,” Ambassador Bernicat said. “I’m looking forward to chatting with our Facebook fans about how the U.S.-Bangladesh partnership is growing every day.”

To mark the Ambassador’s second anniversary in Bangladesh, the U.S. Embassy has created a special video that will be published on the U.S. Embassy’s Facebook page on January 24 at 5:30 p.m. Facebook fans may add their questions for Ambassador Bernicat in the comment section of the video. For further information and updates, please check facebook.com/bangladesh.usembassy/