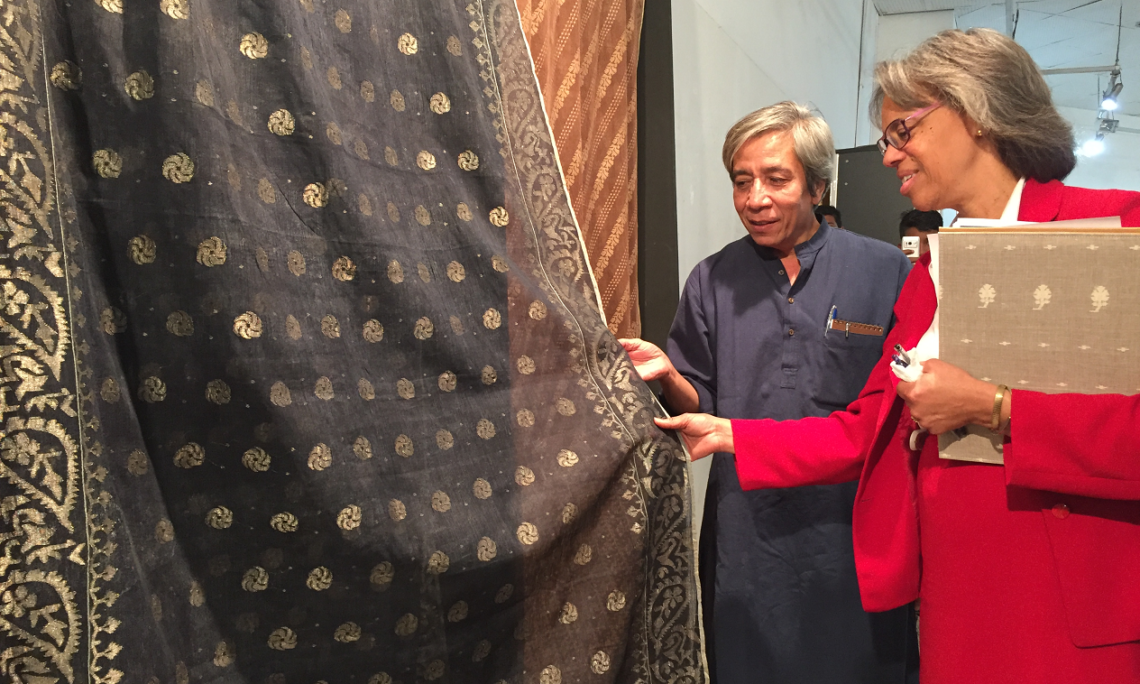 Ambassador Bernicat attended the Seminar on Jamdani Motif Preservation 2016, held on Sunday, December 18 at the National Museum in Dhaka, Bangladesh. Embassy Dhaka was awarded an Ambassador’s Fund for Cultural Preservation grant in 2014 to help preserve the intangible cultural heritage of Bangladesh’s “jamdani” handloom weaving. The National Crafts Council of Bangladesh is the grant recipient organization, and artist, designer, and cultural protector Mr. Shahid Hussain Shamim is the project coordinator.

“I am in awe of the intricate #jamdani patterns that a master weaver keeps in his or her memory, and I pay tribute to those who have dedicated themselves to passing on their knowledge to future generations so this rich tradition will not be lost.” – Ambassador Bernicat

In 2013, UNESCO recognized jamdani as an “intangible cultural heritage of humanity,” and recently jamdani was awarded the Geographical Indiction of Bangladesh, making jamdani exclusive cultural property of Bangladesh.