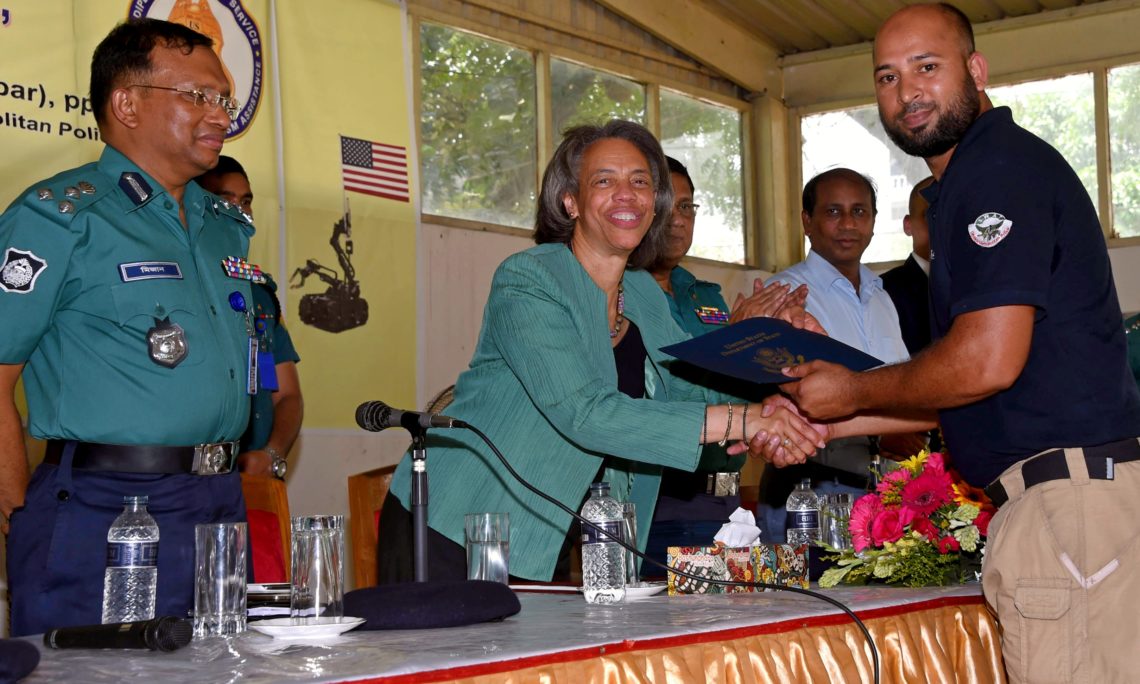 Ambassador Bernicat relayed in her remarks – “Once you depart this course, I believe the local SWAT instructors would be able to training other law enforcement members maintaining SOP. When called upon during a crisis in the future like the attack in Gulshan, you will be prepared to lead. Ultimately this will reduce the response time during crises.”