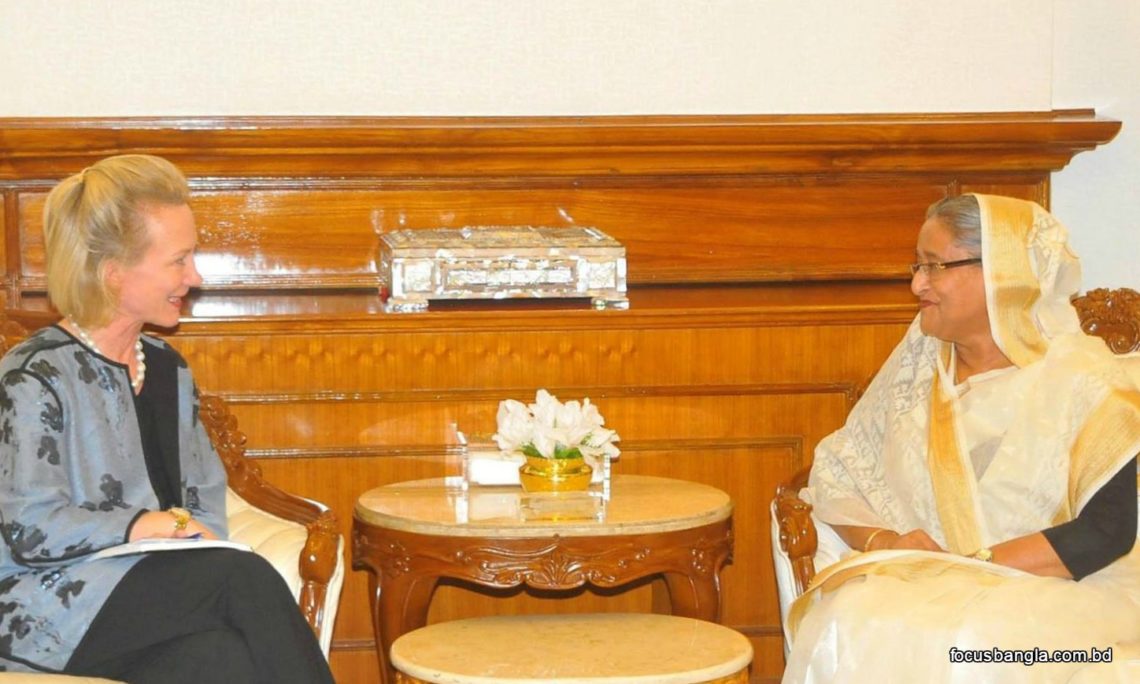 She also met with other high officials from the government of Bangladesh, including Security Advisor Major General (Retd) Tarique Siddiqui, Energy Advisor Dr. Tawfiq-e-Elahi Chowdhury and International Affairs Advisor Gowher Rizvi at PrimeMinister’s Office on August 29.  They discussed Bangladesh’s bilateral relations with the United States and our cooperation on security, energy and regional issues.

Ambassador Wells also had roundtable discussions with business leaders, political leaders, and civil society representatives on August 29 and 30. On August 30 Ambassador Wells left Dhaka for her next stop Colombo, where she will speak at the Indian Ocean Conference, which will bring together high-level officials from around the world to discuss peace, progress, and prosperity in the Indian Ocean Region. Follow her activity on twitter: @State_SCA.