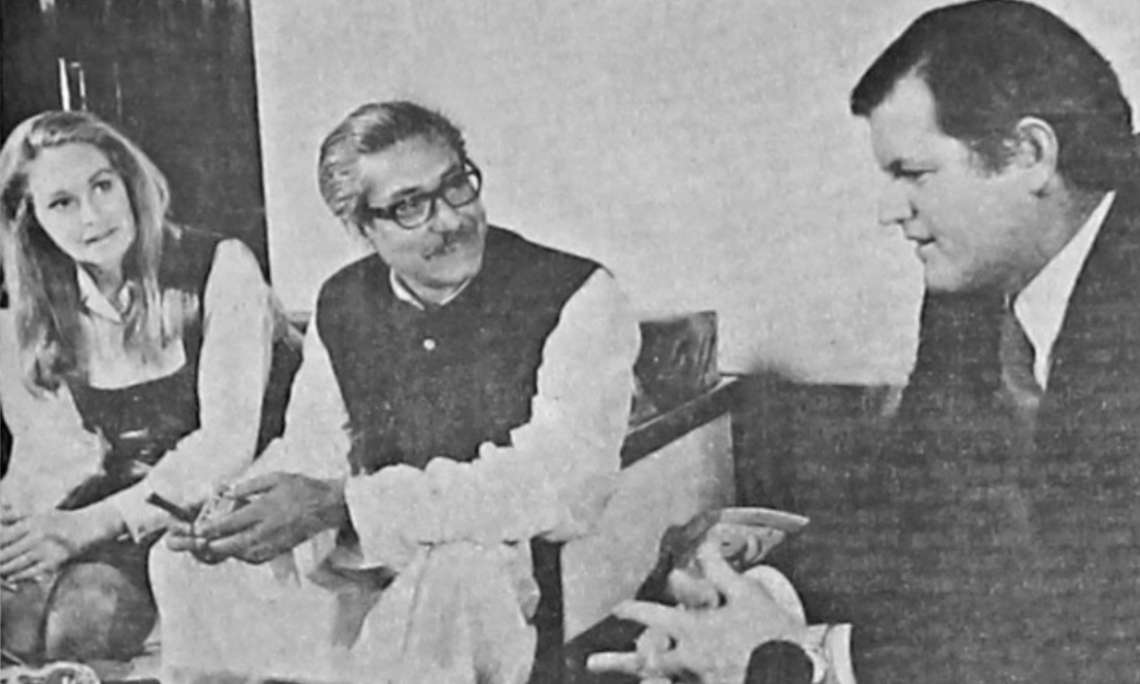 Dhaka, October 24, 2022 – The Embassy of the United States of America is delighted to announce the historic visit of Edward M. Kennedy, Jr., son of late U.S. Senator Edward M. Kennedy and nephew of late U.S. President John F. Kennedy, and his family to Bangladesh from October 29 to November 5, 2022 to mark a milestone in the yearlong celebration of the 50th anniversary of U.S.-Bangladesh relations.

Under the auspices of the U.S. Department of State’s Speakers Program, Mr. Kennedy will speak at Dhaka University to commemorate the legacy of his father as a staunch advocate for Bangladesh’s fight for independence and will visit the banyan tree his father planted to symbolize the friendship between the United States and Bangladesh.  As a lawyer and advocate for civil rights of individuals with disabilities, he will also deliver a lecture on disability rights at the Edward M. Kennedy Center for Public Service and the Arts.

A leading health care regulatory attorney for over 20 years, Ted helps health care clients identify, understand, and navigate the potential business impacts of key federal and state legislative, regulatory, and reimbursement changes.  He is also a staunch advocate for the self-determination and civil rights of individuals with disabilities.

Ted represents many of the foremost health care investors and entrepreneurs that are transforming the health care delivery system.  His clients also include corporations seeking ways to modernize their policies and practices relating to the Americans with Disabilities Act (ADA) in order to hire more people with disabilities, engage the disability marketplace, and make their organizations more diverse and inclusive.

A pediatric bone cancer survivor and amputee, Ted continues to be an active leader in the movement to expand opportunities for persons with disabilities.  Since June 2017, Ted has served as Chair of the Board of the American Association of People with Disabilities (AAPD), one of the country’s preeminent civil rights and public policy organizations dedicated to social reform and equal rights for people with disabilities.  A trusted advisor, Ted counsels employers on best practices and ADA compliance. One of AAPD’s signature programs is the Disability Equality Index (DEI), now the nation’s leading corporate benchmarking tool for disability equality and inclusion.  The DEI scores and tracks businesses on their disability employment, accommodation policies, and socially responsible corporate practices.

From 2015 to 2019, Ted served as a State Senator in the Connecticut General Assembly.  During his four-year tenure as a legislator—including appointments as Senate Chair of the Environment Committee, Vice Chair of the Public Health Committee, and Deputy Majority Leader for the Democratic Caucus—he authored and led the successful passage of more than 70 new laws expanding environmental protection, disability rights, home and community-based care, value-based purchasing, provider network reforms and price transparency, mental health parity implementation, and access to treatment for individuals with substance use disorders.   Ted lectures worldwide on health care policy and disability law, and is a Member of the Council on Foreign Relations. His writings have appeared in The Washington Post, The New York Times, USA Today, Newsweek, The Boston Globe, Hartford Courant, and numerous other publications.