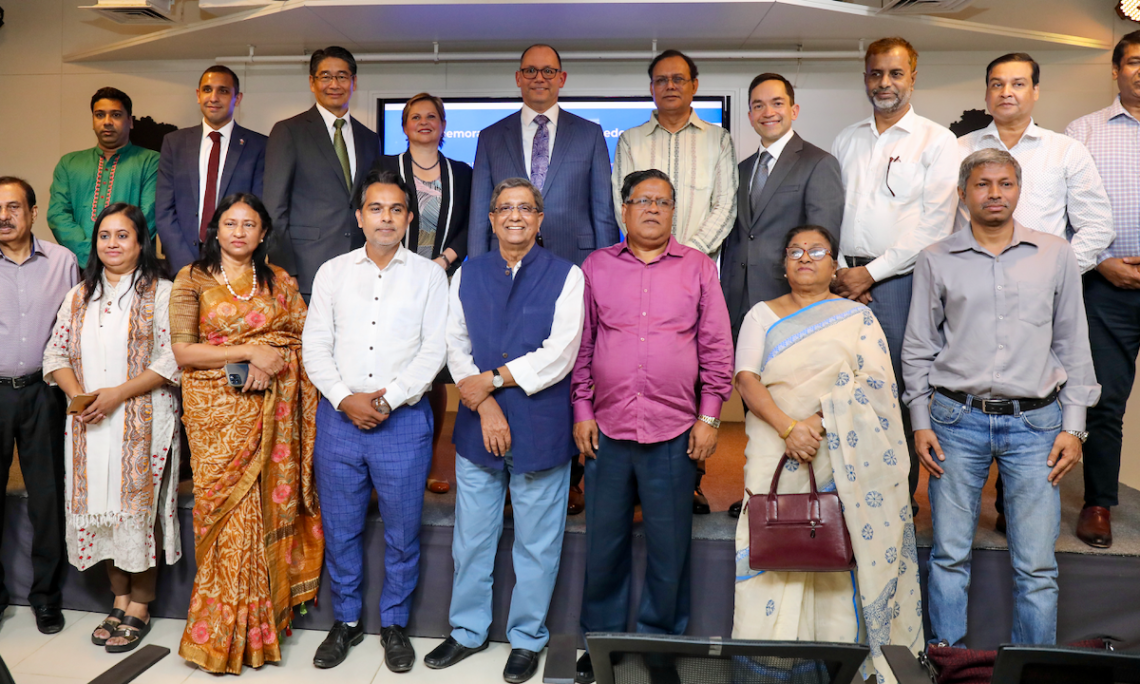 To the editors and reporters here today, I have a simple message:  Thank you.

Yours is a noble profession.

And increasingly, around the world, it is a difficult and dangerous one.

Just a few minutes ago, we held a moment of silence in honor of Palestinian-American journalist Shireen Abu Akleh, who was tragically killed in the West Bank.

In Russia, journalists face grave danger if they dare to speak the truth about the tragic and brutal war Vladimir Putin’s forces are waging in Ukraine.

And here in Bangladesh, multiple journalists were recently assaulted in separate attacks in Narayangang and Cox’s Bazar.

In short, being a journalist takes courage.

Each of these editors have shown tremendous courage in their editorial choices, despite facing tremendous pressure to suppress the truth.

And I know there are many other courageous journalists out there, some here in this room, and many of whom have shared their stories with me.

Please join me in giving these courageous journalists a round of applause.  [ROUND OF APPLAUSE]

We should all be grateful for the courage journalists display every day because their role in free societies is vital.

They are the guardians of truth who educate the public and hold powerful individuals accountable.

This makes journalists key to any vibrant free society.

And their ability to operate freely and bring the truth to light must be cherished and protected.

The founders of the United States found the idea of press freedom so important that it became the very First Amendment in our Bill of Rights.

Of course, that does not mean the United States is perfect when it comes to having a free press.

The same World Press Freedom Index ranked Bangladesh 162nd out of 180 countries, a drop of ten places from the previous year.

One reason Bangladesh scored so low is the Digital Security Act, which the report calls “one of the world’s most draconian laws for journalists.”

The United States has made our concerns about the DSA clear, both in our Annual Human Right Report and in meetings with government officials.  As you all know, this law threatens reporters with criminal prosecution if they publish things the government finds “false, offensive, derogatory” or “defamatory.”

We are also concerned about the Bangladesh Telecommunication Regulatory Commission’s draft “Regulation for Digital, Social Media and Over-the-Top Platforms” and the draft “Data Protection Act.”

While neither draft has been finalized, we fear they contain provisions which could be used to further intimidate journalists and others eager to express themselves.

While journalists play a critical role every day, they play an even more important role in elections.

And we are all seeing an uptick in the number of news reports related to the upcoming national elections here in Bangladesh.

The United States’ policy on the Bangladeshi elections – or anywhere for that matter – is that the people of the country should have the ability to choose their own government through free and fair elections conducted in accordance with international standards.

But what exactly are the international election standards as they relate to journalists and media?

Here are their standards as they relate to the news media:

I very much hope that these five principles are upheld throughout the election season and beyond.

I would like to close with two final statements:

First, we all have an obligation to protect the free press and to allow journalists to seek and report the truth without fear, harassment, or censorship.

Second, a free press is a key ingredient in a legitimate, free democracy.