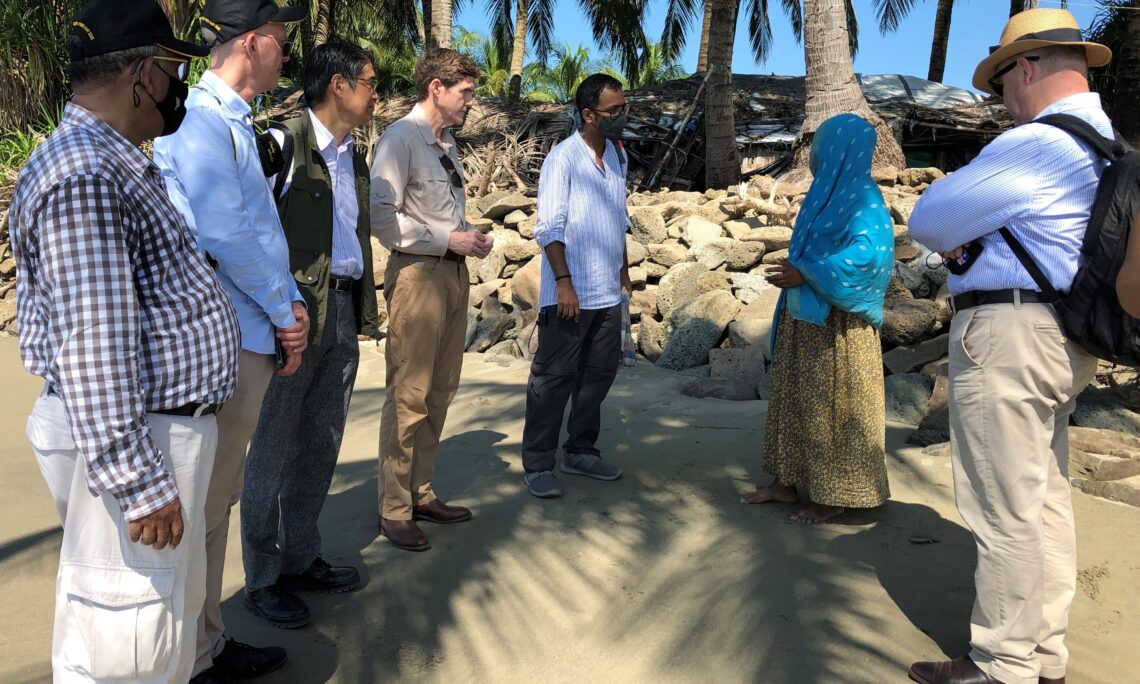 During COP26, Ambassador Miller traveled to Cox’s Bazar and St. Martin’s Island to see U.S. climate resilience projects, observe the effects of climate change, and learn how residents are adapting.

“COP26 in Glasgow is a pivotal moment at the start of this decisive decade to tackle the climate crisis,” Ambassador Miller said. “The climate crisis is here. This is not a challenge for future generations. Together, we must confront it today.”

Ambassador Miller learned about severe coastal erosion and sea level rise on the island, the impact on local fisheries, the degradation of coral colonies, and local efforts to restore mangroves and protect shorelines.

The United States has partnered with Bangladesh on many climate resilience projects in the Cox’s Bazar and Teknaf area. For example, the U.S. government, through its Agency for International Development (USAID), has donated more than 140 renovated cyclone shelters to the Cox’s Bazar district administration, including one on St. Martin’s Island, to protect residents from frequent natural disasters. Since 2001, USAID has constructed over 700 multi-purpose cyclone shelters that serve as both safe havens and as schools in Bangladesh. Additionally, USAID support has strengthened flood forecasting and early warning systems to provide residents life-saving time to evacuate to shelter.