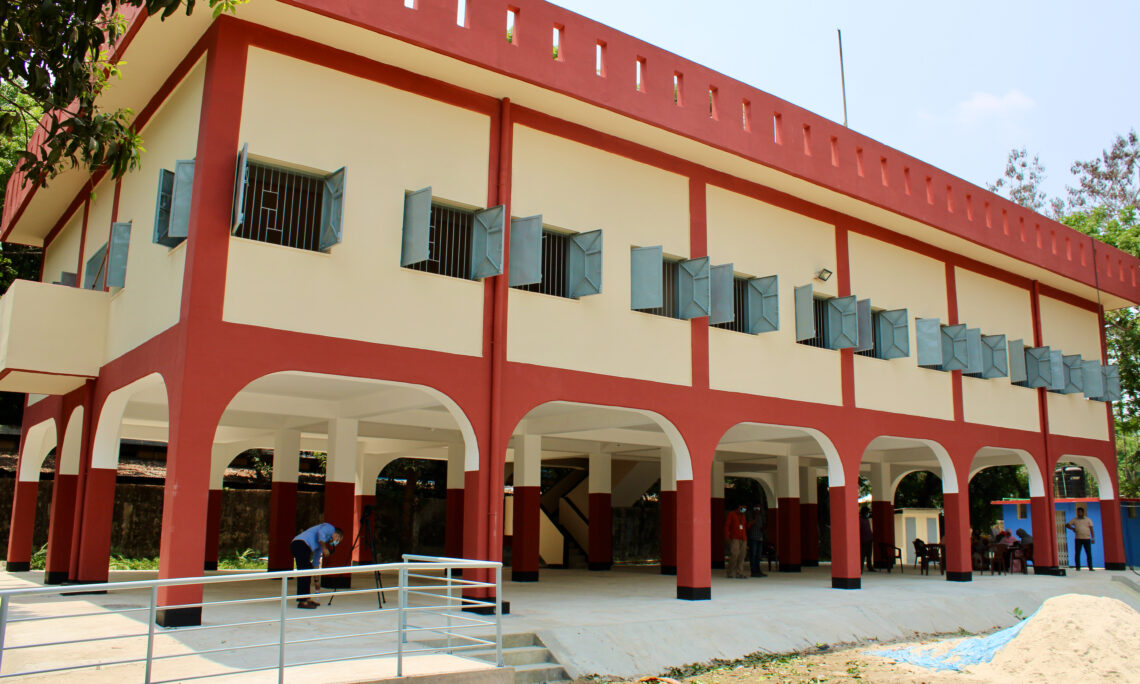 Dhaka April 29, 2021 – Marking the 30th anniversary of the devastating 1991 cyclone that claimed 138,000 lives, on Thursday, the United States Agency for International Development (USAID) Bangladesh Acting Deputy Mission Director, Milan Pavlovic, joined Dr. Enamur Rahman, MP, State Minister for the Ministry of Disaster Management and Relief (MoDMR), to officially handover 61 USAID-refurbished and renovated multi-purpose cyclone shelters (MPCS) to the Government of Bangladesh (GOB).  These MPCSs serve the dual purpose as schools during most of the year and as safe havens for community members during cyclones and floods.  The inaugural event was broadcast live today at 10:00am from the Moddyo Chakoria MPCS in Chakoria, Cox’s Bazar, with guest speakers attending virtually due to the pandemic.  These government MPCSs can accommodate over 33,000 people during natural disasters and are the latest demonstration of the long-standing U.S. commitment to the people of Bangladesh.

During his remarks, USAID Acting Deputy Mission Director Pavlovic said, “I’m honored to be part of the handover of this repaired and refurbished Moddyo Chakoria government MPCS facility on the anniversary of the 1991 cyclone.  The U.S. government is proud to help build the resilience of local communities to deal with natural disasters and fund the renovation of schools. These efforts provide a child-friendly learning space so local children can access life-changing education, and community members can have a safe haven during natural disasters.”

The Chief Guest, State Minister of the MoDMR, Dr. Enamur Rahman stated, “with funding support from USAID, CARE and Save the Children have renovated and refurbished these 61 facilities.  However, we, the community, are the real owners of these facilities; and if we take care of them, they will take care of us in emergencies.”

Additional government and school dignitaries attended the ceremony, including the Deputy Commissioner of Cox’s Bazar, Mr. Mamunur Rashid, who thanked USAID for its financial support and the two implementing organizations, CARE and Save the Children, “for accomplishing such a good job.”

Since 2001, the U.S. government, in partnership with the GOB, has constructed over 500 cyclone shelters in coastal areas of Bangladesh to provide life-saving protection to over 900,000 people during severe weather. USAID will soon start construction of 25 new Multi-Purpose Disaster Shelters (MPDS) in Cox’s Bazar and Bandarban through a joint project being implemented by CARE, Save the Children, and a local partner, GRAUS, during 2021.

The U.S. Government, through USAID, has provided more than $8 billion in development assistance to Bangladesh since its independence.  In 2020, USAID alone provided over $200 million to improve the lives of people in Bangladesh through programs that expand food security and economic opportunity, improve health and education, promote democratic institutions and practices, protect the environment, and increase resilience to climate change.