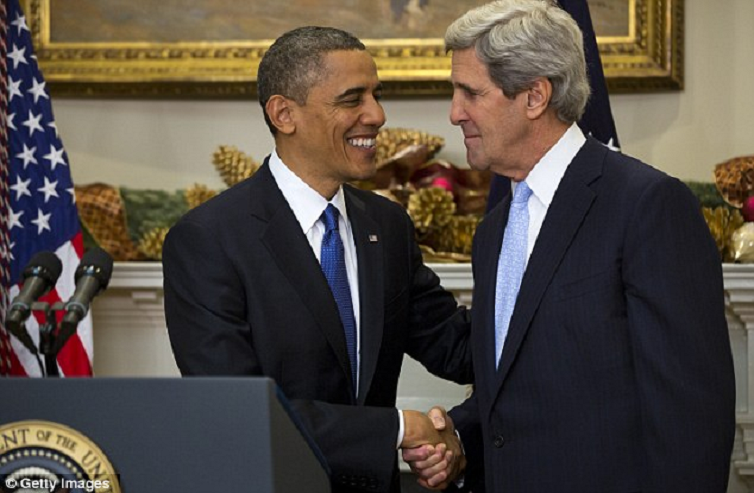 On the occasion of Eid al-Adha, Michelle and I would like to extend our greetings to Muslims worldwide and our congratulations to those pilgrims who have just performed the Hajj, thereby completing a central tenet of their faith.

The Hajj is a powerful demonstration of the ability of millions of people from different cultures and countries to come together in prayer, reflection, and devotion.

In addition to being a time of celebration, Eid al-Adha is a time for charity, when Muslims honor Ibrahim’s readiness to sacrifice his son by performing their own acts of service. I am inspired and humbled by the millions of Muslims in America and around the world who take this moment to provide humanitarian assistance to those less fortunate.

In a time when millions are struggling to find new homes and communities after losing their own to conflict and natural disaster, we are continually reminded of our moral obligation to serve those in need. Service, sacrifice, and peacebuilding lie among the shared roots and values of people of all faiths.

On behalf of the American people, we would like to wish a blessed and joyful Eid to Muslim communities around the world.

On the occasion of the end of the Hajj pilgrimage, I would like to extend greetings to Muslims worldwide for a blessed Eid ul-Adha.

I would like to congratulate the nearly three million pilgrims who performed the Hajj this year, including thousands of Americans, and wish them safe travels home. Hajj is a time when Muslims from many different countries, classes, and cultures stand together in prayer, a reminder of both the unity and diversity within Muslim communities.

Eid ul-Adha is a special time for reflection on service, selflessness, and charity – values shared across all faith traditions. Reflecting on and practicing these values could not be more important.

On behalf of the Department of State, I would like to wish all Muslims a happy and blessed Eid ul-Adha celebration.